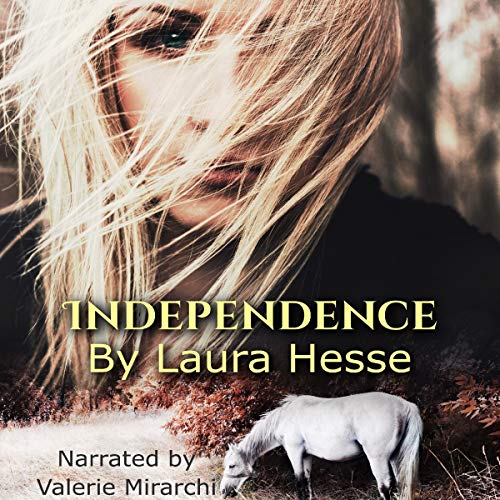 By: Laura Hesse
Narrated by: Valerie Mirarchi
Try for $0.00

What do a surfer chic and a cowboy have in common? Nothing, until the temperature starts to rise.

Upon arrival in the interior of British Columbia, Susie realizes that she has just entered the Twilight Zone when she finds her grandparents, eight-year-old step-brother, a massive Irish wolfhound, and two horses waiting on her arrival. The love-struck handsome rancher's son, Andy, who lives next door isn't much better. Does he really think that she is girlfriend material? Better to break his heart now, then later.

As for 65-year-old June Stetler, when she agreed to take her grandchildren into the mountains with her, she didn't know what she was in for. Her precocious and ever-amusing eight-year-old grandson, Billy, dreams of nothing but being a cowboy, and her beautiful surfboard-loving granddaughter with hair like Medusa isn't anything like the charming five-year-old who used to sit and cuddle on her lap. June hopes that her love, and that of her two gentle Fjords, will be enough to win the teen's trust and bring her disjointed family back together.

All too soon, both women are forced to make life-changing decisions, ones that if they are wrong, may cost them their lives.

Independence (formerly known as Two Independents) is the fourth book in The Holiday series. Like its name, Independence is a stand-alone story.

What listeners say about Independence

What a nice & fun story! Well-written, entertaining, enjoyed the narration also.
If you love horses, even a little, you'll absolutely love it!

As we grow up and enter the world as adults, we're often faced with real-life, real-adult decisions, which can be great, or the worst. Great story and wisdom about life, really enjoyed the story and message :)

If you love books that have to do with horses then this is for you. It is about family, responsibility and finding yourself. I really liked this book and I would highly recommend it.

Very nice coming of age story about a teen and discovering responsibility.

If you like horses you will love this book!
Great for young and old alike.