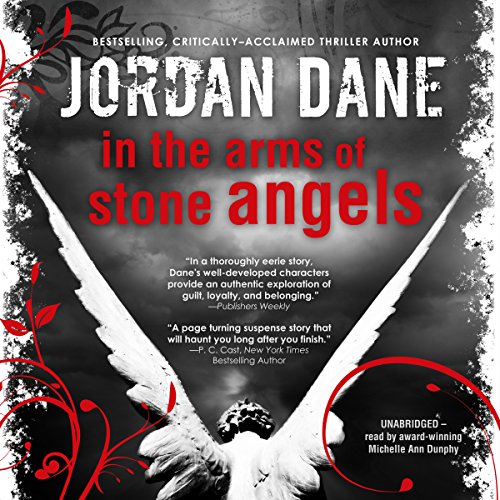 In the Arms of Stone Angels

By: Jordan Dane
Narrated by: Michelle Ann Dunphy
Try for $0.00

Two years ago, Brenna did the unthinkable. She witnessed the aftermath of a murder and accused her only true friend - the first boy she ever loved - of being a killer.

Now 16, Brenna returns to Oklahoma only to discover that Isaac 'White Bird' Henry isn't in juvie. The half-breed outcast is in a mental hospital, frozen in time, locked in his mind at the worst moment of his life. And when Brenna touches him, she's pulled into his hellish vision quest, seeing terrifying demons and illusions she doesn't understand.

Feeling isolated and alone, she's up against the whole town, targeted by bullying former classmates, a bigoted small town sheriff, and a tribe who refuses to help one of their own. But when Brenna realizes she's as trapped by the past as White Bird is, this time she won't turn her back on him. She's the only one who can free them both.

Even if she has to expose her secret - a "gift" she's kept hidden her whole life.

What listeners say about In the Arms of Stone Angels

Where does In the Arms of Stone Angels rank among all the audiobooks you’ve listened to so far?

I listened to it in one day doing house work, young love,all hippie happy life is good when they were together.

Breanne, she was unique,funny,and took what they did to her at the party and waited, they would get what was coming..

When they first met and she was worrying about the mud she rubbed all over her because her mother still dressed her, he didnt care..Love at first sight

Breanne's love of her life is trapped in his mind after a murdered girl was found near him, she is the only one who can try to wake him. Would he forgive her for telling the sherriff he was sitting with a murdered girl and believed it herself..

I think it was the best sounding audible book. It had so much emotion, and if she was screaming it sounded like it,very different... loved it
I also loved what she thought about her mother in the beginning and she didnt think highly of her,she had a very funny way of describing her mom. They then they grew closer as her mother started to believe her and defend her...