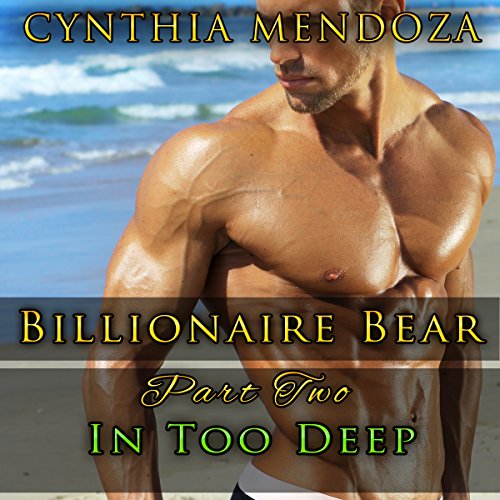 By: Cynthia Mendoza
Narrated by: Hilarie Mukavitz
Try for $0.00

The second part of an exhilarating four-part series.... Listen to the prologue and part 1 first to catch up on all the action!

Blair's secret is about to be exposed once and for all. If sexy Russian Alexei didn't know he was sleeping with the enemy, he will soon. As the two of them are struggling to escape the Italian werebear mafia, Blair's secret may be exposed right as she needs help from those she's been trying to capture for years - the Russian werebears. What will happen to the twosome once the truth comes out? Will Alex fight to save his lady love, or will he kill her to please his father? Even Blair isn't too sure of what will happen. Problem is...she's too far in to really do anything about it except follow her heart and hope she doesn't end up dead.

There's nothing more alpha than a powerful Russian billionaire bear shifter. Are you ready to try something a little more alpha than you're used to? Don't worry, I won't tell a soul.

What listeners say about In Too Deep

This section of the story was only just okay. Hopefully the next part will be better.

This story was actually more story than sex. Blair thought she was hiding her identity while falling in love with the son of the man she was investigating. Although she is CIA she does not make it realistic. Alexi spotted her from his window and knew who she was but fell in love with her still. This book was given to me by the author in exchange for an unbiased review. I can't wait to find out the next chapter. I still hate a series that leaves you hanging waiting on the author to complete the next chapter in the book. I almost have to go back and listen to each of the previous books to get caught up. this takes away from time I could be listening to other books. There are already too many books and too little time to get them all done. I love reading and even more listening to the books that are being generated.

Part 2 was full of action and pretty good.

I was given this book in return for my honest unbiased opinion. I enjoyed this book. The action is good and overall a pretty good short shifter book.