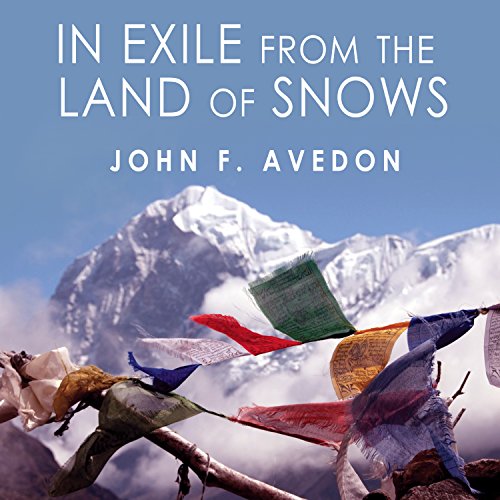 In Exile from the Land of Snows

Tibet, "the roof of the world", had been aloof and at peace for most of its 2,100 years. But in 1932, the Thirteenth Dalai Lama, in his final testament, warned: "It may happen that here, in the center of Tibet, religion and government will be attacked both from without and from within." By the time his successor was enthroned in 1950, the Chinese occupation had begun.

In this gripping account, John Avedon draws on his work and travels with the Fourteenth Dalai Lama to bring us the riveting story of Tibet and its temporal and spiritual leader. Included is an extensive interview with the Dalai Lama, who speaks about the conditions in Tibet, the mind of a Buddha, and the events of his life. Rigorously researched, passionately written, the original edition of In Exile From the Land of Snows was instrumental in launching the modern Tibet movement when it was published in 1984. Now, some three decades later, Avedon's testimony is more wrenching and relevant than ever.

What listeners say about In Exile from the Land of Snows

a tremendous and comprehensive history of Tibet, it's culture, religion, medicine, and struggle with China.

Loved the first bit about Tibet history and early Chinese occupation, as well as subsequent parts that covered real events of significance. But the book goes on long tangents about Tibetan medicine, supernatural lore, detailed accounts of specific govt programs, and other things that don't add much to the overall understanding of Tibet's history or the state of current world affairs.