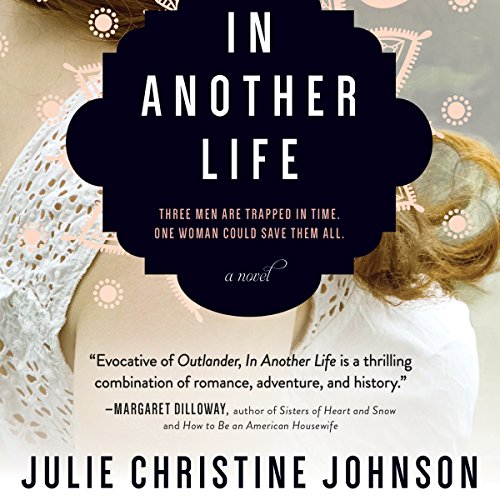 Three men are trapped in time. One woman could save them all. Historian Lia Carrer has finally returned to southern France, determined to rebuild her life after the death of her husband. But instead of finding solace in the region's quiet hills and medieval ruins, she falls in love with Raoul, a man whose very existence challenges everything she knows about life - and about her husband's death. As Raoul reveals the story of his past to Lia, she becomes entangled in the echoes of an ancient murder, resulting in a haunting and suspenseful journey that reminds Lia that the dead may not be as far from us as we think. Steeped in the rich history and romantic landscape of rural France, In Another Life is a story of love that conquers time, and the lost loves that haunt us all.

The author skillfully weaves together the ancient past with current times into a story of love, redemption, heartbreak, and healing. I've both read and now listened to the book. Both times it finished I was choked with sadness that my time in Languedoc had come to an end. I'll listen again when I can no longer stay apart.