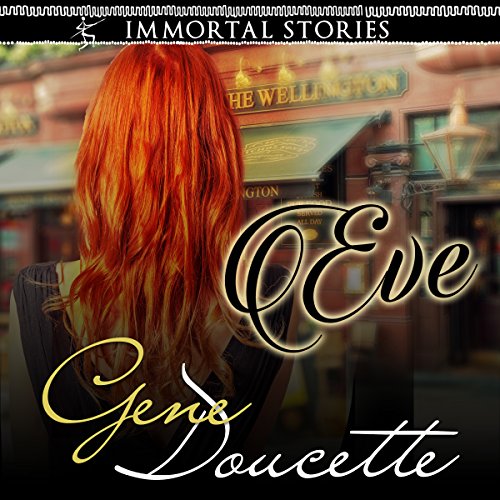 From the pages of the Immortal book series, it's Eve.

"...if your next question is, what could that possibly make me, if I'm not an angel or a god? The answer is the same as what I said before: many have considered me a god, and probably a few have thought of me as an angel. I'm neither, if those positions are defined by any kind of supernormal magical power. True magic of that kind doesn't exist, but I can do things that may appear magic to someone slightly more tethered to their mortality. I'm a woman, and that's all. What may make me different from the next woman is that it's possible I'm the very first one...."

For most of humankind, the woman calling herself Eve has been nothing more than a shock of red hair glimpsed out of the corner of the eye, in a crowd, or from a great distance. She's been worshipped, feared, and hunted, but perhaps never understood. Now, she's trying to reconnect with the world, and finding that more challenging than anticipated.

Can the oldest human on Earth rediscover her own humanity? Or will she decide the world isn't worth it?

While I have listened to and enjoyed all of the books in the immortal series, they have all been complete stories except for this one. This is nothing but a tease to a much larger, longer story. I am extremely disappointed that I wasted a book credit on what it was nothing but a tease. I would suggest you avoid listening to ease until Jean releases the follow up book that completes the storyline. At that point, the two books should be combined into one.