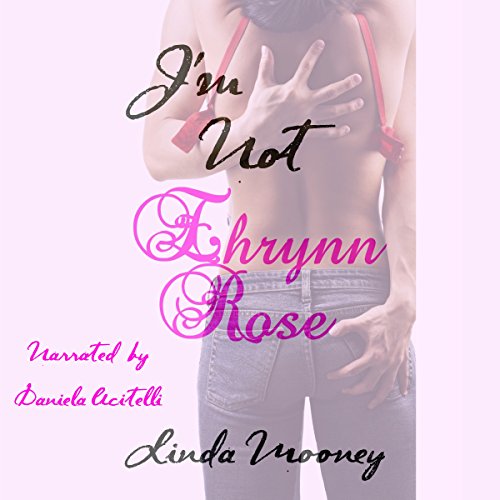 By: Linda Mooney
Narrated by: Daniela Acitelli
Length: 4 hrs and 17 mins
Categories: Romance, Fantasy
4 out of 5 stars 4.0 (7 ratings)
This title is included in Audible Escape

She has no idea how or why she's now Ehrynn Rose, or why Ehrynn tried to take her own life. All she knows is that as soon as she's able, she needs to return to NYC to find out what happened to her own body.

But that's not the worst of it. She's falling in love with Nash Rose, Ehrynn's husband. Unfortunately, the couple are in the midst of a sticky divorce, and her claims of a body switch are only making things more complicated.

She's not Ehrynn Rose, but it's quickly getting to the point where she'd give anything to be her. It isn't until she discovers the real reason why she tried to commit suicide that she realizes the danger isn't over yet.

This book starts out very interesting. And, it held my interest throughout. There were times I didn't understand why things were happening the way they were.
But, the overall story concept and writing was engaging.

I was offered this ARC for an honest review. And, I found it to be an interesting short listen that was worth the time.

This book grabs the listener's attention immediately when a woman who went to bed like normal in NY wakes up in a hospital in TX and discovers she is not only lucky to have survived serious injury but also is in someone else's body. Apparently, the real Ehrynn is a total bitch who treats her hot-guy husband like an unwanted house guest and is hated by most, especially him. Her "amnesia" is seen as a ploy, but the possibility that she really is not Ehrynn Rose is most evident to her hubby, and as they begin to piece together the situation, complications arise, drama ensues, and romance blooms. Great story, narrated capably and highly recommended!

I was voluntarily provided this review copy audiobook at no charge from the author, publisher and/or narrator.

Linda Mooney's narration took some getting used to. She speaks slower than most narrators, especially the opening lines. But by the end I was used to her voice and feel she did a good enough job.

The idea behind the story is one dear to me as a fan of the (now cancelled) TV series "Drop Dead Diva." I'm fascinated with the idea of trading bodies. There was too much to put into under 5 hour listen for this to work as I would have liked. It also had that Instant-Love thing... way to fast. I didn't expected Nash to believe Nadia's account that fast but was glad he did.Such a nice guy... All in all, a quick and sweet romance listen.

Really entertaining, unusual and enjoyable paranormal/fantasy romance story. A bit of a different concept. From the beginning the story pulls you in and keeps your attention until the end.

Little bit of mystery, suspense, betrayal, romance and a HEA.

Some things were not surprising at all and were predictable, but there were a couple little twists that were unexpected.

Not a lot of explanation on the whole "skipping" bodies thing, but it was still interesting. A bit more of an explanation would have been nice though. Hopefully karma got it right in the end and Nadia is done "skipping" now.

Daniela Acitelli did a good job with the narration. Pleasant voice. Clearly spoken with a nice even pace. Good character voices. Even her male voices were good. She was able to bring the characters and story to life through her narration. You cold feel the emotion of the characters especially at the end. Very enjoyable.