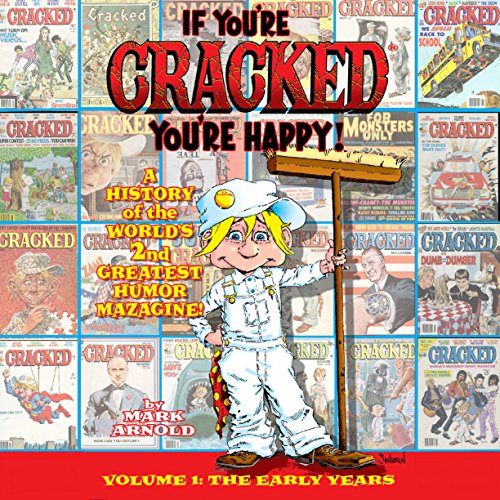 If You're Cracked, You're Happy

If You're Cracked, You're Happy

For over 40 years Cracked was the best-selling humor magazine in the world...if you don't count Mad! A remarkable and amusing retrospective by author Mark Arnold, recounting the secret origins of the magazine, covering its history with former and future Mad and Marvel Comics contributors John Severin, Jack Davis, Don Martin, Bill Elder, Jack Kirby, Steve Ditko, and Al Jaffee, along with Cracked veterans Bill Ward, Don Orehek, George Gladir, as well its responsibility for launching the careers of award-winning alternative cartoonists including Dan Clowes, Peter Bagge, and Bob Fingerman. Crammed with creator interviews, rare photos and art and a complete checklist of every issue! A must for comics fans and purveyors of popular media!