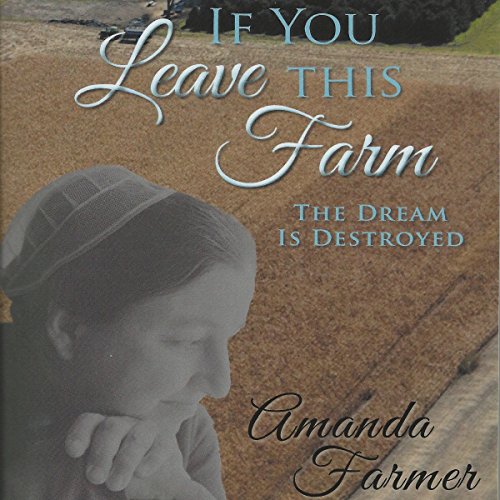 If You Leave This Farm

By: Amanda Farmer
Narrated by: Yvonne L Wright
Try for $0.00

As a teenage Mennonite girl, Amanda lives with her close-knit family in south central Pennsylvania. Life revolves around hard work, faith, and commitment to the family. She doesn't question the daily routine; it's the only life she's known. Her father talks about buying a farm out west with a lot of land in one block. Not only will the family farm there together, but the parents hope to begin a new Mennonite community. To a 15-year-old girl, this move begins as an exciting adventure. In If You Leave This Farm, Amanda shares the story of her family's relocation to Minnesota and the subsequent challenges they face as farmers, a family, and Mennonites. She tells how the first crop year is a huge failure, and her father alone makes the decision to expand the new dairy in an attempt to recoup the losses. This memoir chronicles the years of struggle as Amanda and her younger brother Joseph seek to escape their father's suffocating and controlling behavior. Intermingled with the struggle on the farm is the effort to become an accepted member of the Minnesota Mennonite community. The change in Amanda's father's behavior and attitude during the first years in Minnesota alienates him and his family from others of the same faith. She shares a mix of emotions as she wrestles with the shame of her family's standing with the Mennonites and the crushing weight of constant submission to her father's misguided use of his God-given authority.

What listeners say about If You Leave This Farm

I love reading true stories of animal husbandry, family dynamics (however eskew) and world views. I was caught up in listening to this woman's struggle to become independent! 5 stars! Go Amanda! Looking forward to a sequel.