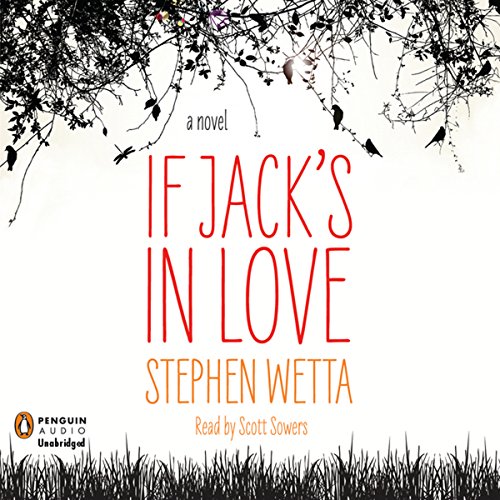 If Jack's in Love

If Jack's in Love

Told with the deadpan humor of Nick Hornby, this is a wonderful novel about a boy genius whose brother may, or may not, be a murderer.

It's 1967. Jack Witcher is a 12-year-old boy genius living in a Virginia suburb at an address the entire neighborhood avoids. Jack's father has lost his job - again - and he's starting fights with other fathers. Jack's mother, sweet but painfully ugly, works as a cashier at a local market. Jack's older brother is a long-haired, pot-smoking hippie. If all of that isn't bad enough, Jack's brother suddenly becomes the main suspect in the disappearance of the town's golden boy. And to make matters even worse, Jack is in love with the missing boy's sister, Myra. Mr. Gladstein, the town jeweler and solitary Jew, is Jack's only friend; together, they scheme to win Jack Myra's love. But to do that, Jack must overcome the prejudices, both the town's and his own, about himself and his family.

I wasn't sure I'd like this book because I love the escape of a good supernatural romance. However, given this books naturalism and realistic portrayal of growing up, love, friendship (in unexpected places) and a touch of mystery...I'll take my head out of the clouds!