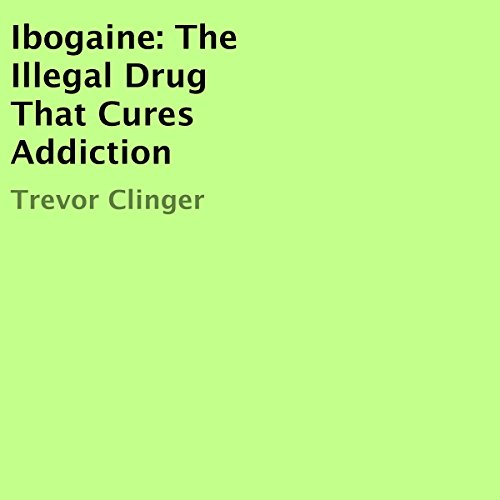 By: Trevor Clinger
Narrated by: Al Remington
Try for $0.00

Ibogaine and its salts are extracted from a type of rare vine in Southern America. Ibogaine is regulated by the US Controlled Substances Act. This natural drug falls under a Schedule I controlled substance, which also includes drugs such as marijuana and heroin.

Ibogaine is available to many people outside of the United States, which makes it a great tourist attraction for Americans in foreign nations. It is said to send the user on an extremely intense trip, more powerful than LSD, also referred to as acid.

What listeners say about Ibogaine: The Illegal Drug That Cures Addiction

Waste of time and money

Would you try another book from Trevor Clinger and/or Al Remington?

I would like to listen to more on the subject but I will read the reviews first before purchasing another book on this subject, where I learned nothing.

If you could play editor, what scene or scenes would you have cut from Ibogaine: The Illegal Drug That Cures Addiction?

Cut? The whole book. There was nothing of value in it.

Don't buy. Find a better book on the topic. If you want to learn about this subject, this is not the book for you.