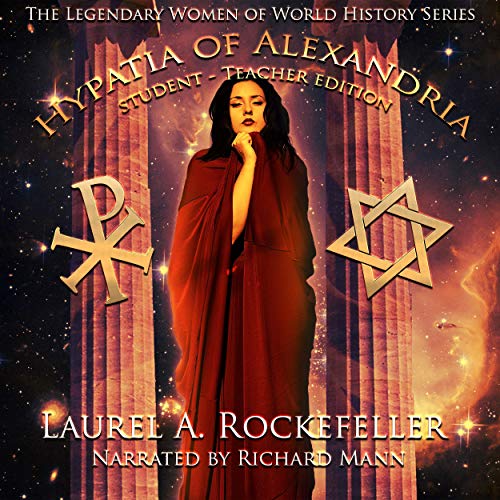 By: Laurel A. Rockefeller
Narrated by: Richard Mann
Try for $0.00

As the Western world fell into darkness, she dared defend the light.

Born in 355 CE in the aftermath of Constantine's reign, Hypatia of Alexandria lived in a collapsing Roman Empire, a world where obedience to religious authorities trumped science, where reason and logic threatened the new world order.

It was a world on the edge of the Dark Ages, a world deciding the question of science verses religion, freedom verses orthodoxy, tolerance verses hate. For more than 40 years, Hypatia stood between the dark ages and the light of classical philosophy, arts, and sciences. Though none of her books survived the aggressive book burnings of religious zealots, her legacy remains that of one of the greatest scientists of all time.

The student-teacher edition features study guide questions after every chapter. Perfect for home learning off campus.

What listeners say about Hypatia of Alexandria: Student-Teacher Edition

Prior to this listening I did not know of Hypatia.

This was a wonderfully written story of female empowerment.

Hypatia would be the hero of any woman that would like to study in a normally “male” subject.

Richard Mann did a terrific narration.