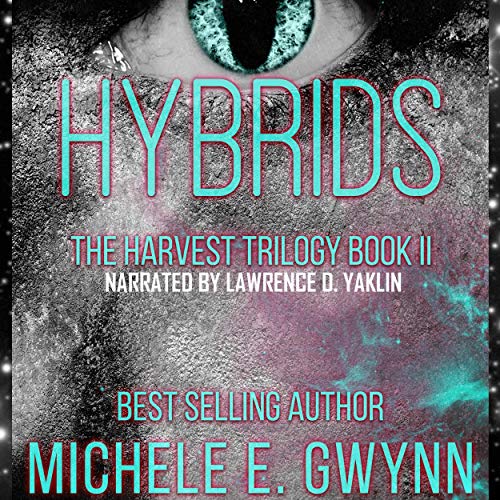 In 1962, Sergeant Trent Wilkins looked forward to finishing out his military contract pulling guard duty on the underground bunker built into a field in the small town of Schertz, Texas. Little did he know, he was about to get sucked into a government cover up of the murder of one of their own top research specialists. Fifty-two years later, the secret they tried so hard to bury escaped seeking revenge on those involved.

Colonel Louis Reed sought to profit from what the Air Force found in that field all those years ago, and it was working. But now, following a massive explosion beneath the Samuel Clemens football field, he and his fellow conspirators find themselves in danger. 'It' was out and coming to get them. Danny Edwards and Jay Hernandez thought high school was hard, but after being gassed by an unknown entity, and seeing shocking blue orbs flying over their hometown, they knew tougher times were ahead. Danny's grandfather has a secret, and that secret puts him and his best friend, Jay, and the girl he loves in danger.

Schertz is under attack, and no one is coming to help them, least of all, the military who've surrounded the city cutting off all exits and entries as they advance on the deadly, sulfuric creatures invading the sleepy suburb. Time is running out fast. Can three teenagers and one old man save the city of Schertz from extinction?

This is a great follow up book in this series. Lots of action, twist and turn in the story. I will be on the look out for the 3rd book.

Under a Texas town there lurks a secret.Once it is let out,no one will be left to talk about it.A good suspense/monster story.Fast moving. Lawrence D. Yakin was a fine narrator.“I was voluntarily provided this free review copy audiobook by the author, narrator, or publisher.”

This review copy audiobook was provided by the author free of charge via Audiobook Boom.

Overall I liked this book very much. I thought the first chapters, which developed the back story and characters, moved a bit slowly but the climax was exciting. There is also an interesting twist in the epilogue.

Mr. Yalkin's narration was good. My main criticism is with character voice differentiation. There were times I found it difficult to keep the characters straight.

This was a very intense read! I loved it even more than I loved the first one, if that's even possible! I can't wait to listen to the last one. I definitely plan to read the three later. I fully recommend them! only problem I had with this audio book is that I felt the narrator tried to rush over certain parts. He also didn't really make an effort with character voices.