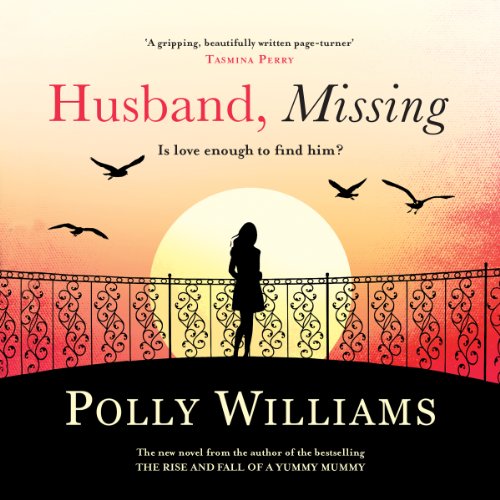 By: Polly Williams
Narrated by: Eve Webster
Try for $0.00

From the best-selling author of The Rise and Fall of a Yummy Mummy.

"The number you are calling is unavailable. Please try again later." Gina has only been married six months when her husband, Rex, goes on holiday to Spain and vanishes without a trace, tipping her new dream marriage into nightmare. As a frantic search gets nowhere, Gina is adamant that he's alive, and vows never to give up hope. Speculation is rife: He's drowned at sea, lost his memory...or just walked away.

Troubling stories start to emerge about Rex's past that are hard to square with the man she married. How well does she really know her handsome, charismatic husband? They'd fallen in love so quickly, so passionately, that the past had seemed barely relevant to either of them. Now an explosive secret threatens to rewrite the story of their love affair. As the mystery of Rex's whereabouts deepens, Gina begins to wonder whether you only ever truly know the person you love once they've gone.

What listeners say about Husband, Missing

The most irritating heroine

What would have made Husband, Missing better?

Gina is so naive that I wanted to slap her. The story needed a bit more reality for me to believe in the characters.

Did Eve Webster do a good job differentiating each of the characters? How?

What character would you cut from Husband, Missing?

I wish that the author had decide to write about real people, not a bunch of chicklit, somewhat pathetic characters.