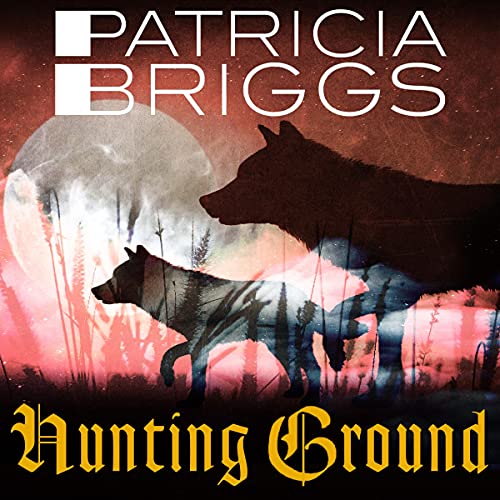 From number one New York Times best-selling author Patricia Briggs comes the next thrilling Alpha and Omega novel - an extraordinary fantasy adventure set in the world of Mercy Thompson but with rules of its own. Perfect for fans of Ilona Andrews, Nalini Singh, Christine Feehan and J. R. Ward.

Anna Latham didn't know how complicated life could get - until she became a werewolf. Now she's not just part of any pack, but under the direct supervision of Bran, leader of the North American werewolves. And her mate is his son, Charles, the pack enforcer.

With all the advances that have been made in forensics, the werewolves will not be able to hide their existence from humans much longer - and Bran wants their coming-out party to be on his terms. But his European counterparts don't see things the same way. Anna and Charles are chosen to represent Bran at a key meeting. But when a French werewolf, one of Bran's most vocal opponents, is found murdered, Charles' reputation shoots him to the top of the suspect list. And among the wolves, there is one penalty for breaking the law: death. The killer must be found, or Charles will take the fall.

"Patricia Briggs is amazing.... Her Alpha and Omega novels are fantastic." (Fresh Fiction)

What listeners say about Hunting Ground

A good book about werewolves

I enjoyed this book. It was not as good as the first one, but I still liked it. Charles and Anna have great chemistry. I like that we follow one established couple over time. It is rare that I find a book that does that. I also enjoyed that the romance was a subplot and not the main plot. There is a story as well as a little romance.

This is a really great story from Patricia Briggs, it contains all the usual sense of humour and fun along with the mystery of who is out to get them. Brilliantly read by Holter Graham.