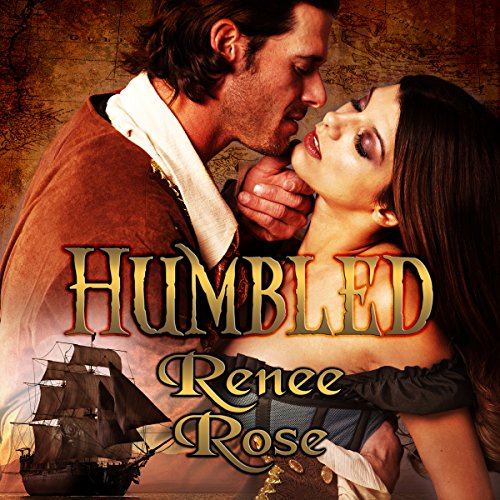 By: Renee Rose
Narrated by: Faith Alowyn Alden
Try for $0.00

Sentenced to die at age 11 for stealing a pig, Jean-Claude receives an unexpected reprieve when a young aristocrat girl takes the blame instead. When the mobs of the French Revolution fall upon her château years later, Jean-Claude knows he must save her and repay his debt, but as they begin their long flight to safety he makes it clear he is not her servant and he will deal firmly with any disobedience. Though he initially intends to send her off by ship, the beautiful, feisty Corinne inspires a fierce protectiveness in Jean-Claude that makes it hard to say goodbye.

Corinne is alternately infuriated and attracted to the handsome peasant who has no qualms about turning her over his knee and spanking her bare bottom when she steps out of line. When he ends up joining her on a ship to New Orleans, their futures become inextricably intertwined, but can a common-born blacksmith and the daughter of a lord find enough common ground to make a permanent match?

What listeners say about Humbled

The story was more like a very good 3.75. I struggled to listen to this story due to a slight but obvious sort of hollow sound in the background. The narration sounded like it occurred in a cave or something. The narration was very good, but the background hollow sound detracted from the overall experience a bit. Eventually, with the good narration and romantic and sexy telling, the hollow sound became less distracting. There was nothing GREAT about this book, but it is very good in a simplistic way. The coming together of Jean-Claude and Corinne was not easy, but there was also no manufactured happenings to make things harder. It all made sense and was predictable—as romances often are—since since you know there is likely to be a HEA. But it was not predictable in a boring way. Instead, it was quite enjoyable to see HOW they arrive at their HEA. The story is sexy, with intercourse and oral sex and some spankings, but there was nothing extreme or actually explicit, in description or language. There was more focus on sensuality without explicitness, since there was a successful attempt to make it all romantic. And it was. Finally, Jean-Claude and Corinne were likeable characters, so it was fun watching them find love.

I loved this beautiful story!

I love how humble Corinne at a tender young age defends Jean-Claude from being hanged. Her parents being a Duke and a Duchess had authority over the Judge.
Years later, at the French Revolution where the poor citizens overthrow the rich, Jean-Claude never forgot how Corinne saved his life. So he goes to her home where she is alone with a few of her faithful servants. Her maid helps her sew the family jewels from the estate into her dress.
Jean-Claude comes to her rescue and they embark on an adventure filled journey! I enjoyed this book! I loved the characters and the storyline. The narrator was perfect.

She saved him, which in turn, he saved her

The prologue sees a young boy about to be executed, saved by a very young aristocrat's daughter.
Then the story begins, set in the French Revolution, and the sacking of the same girl's home. She is rescued by a young man, who reveals himself as the same person, she had rescued, those many years earlier.
The story of their escape, is one you should read (or liisten to), from the words of Ms Rose.
I enjoyed the Audible rendition of this book, enjoying the gemsle narrator's obvious mirth, in places.

To be fair, there is a problem with the audio production. I didn’t hear the background noises that others have reported, but I found several odd gaps where it just goes silent for a couple of seconds. Most of these are no problem, but a couple occur at very untimely spots in the hot action.

I loved this short book. the characters were well developed. would have like to see about 30 more minutes where they developed her getting pregnant, morning sickness, and him making over her, insisting to be in the room or something.

There is a difference betwn a spanking vs whipping

I don't mind some light consensual SPANKING which Webster's defines as striking with an open hand. Furthermore, any sexual acts which are consensual do not bother me. Therefore, I thought I would give this book a chance after reading the synopsis. However, when the male main character (MC) began WHIPPING the female MC against her will as punishment, breaking the first switch and continuing with a second causing physical damage, I was done. Ever since the advent of FSOG, there are authors that distort that troupe. Christian Grey was rightly depicted as disturbed character who was trying to overcome his proclivities. Everyone draws different boundaries but I feel anytime someone is hurt against their will, it is not only not sexy but sick and criminal. Furthermore, portraying a strong man as "alpha" with a testosterone stench as many of this author's books do is BS. I have taught my son that real strength and courage comes through patience and gentleness because it is hardest to acheive. This author is off my list.