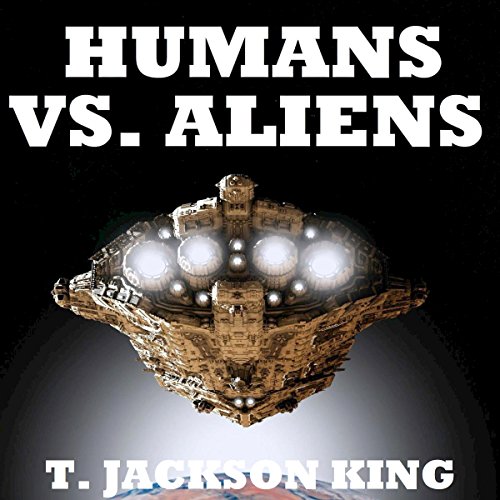 Jack Munroe has learned another space lesson: defeating Alien invaders in the Kuiper Belt does not guarantee peace. The HikHikSot social carnivores have returned for a second invasion of Sol system! They've brought with them a colony ship filled with 30,000 cheetah-leopard Aliens and an attack fleet that is able to deflect lasers and particle beam weapons. They aim to turn Earth into a source of protein, and humanity into serfs! All of which forces Jack to get his fellow Asteroid Belters to join him in an anti-Alien crusade that will first go after the invading predators, then head out into interstellar space to liberate other subject peoples. The future of humanity is on the line and Jack Munroe is determined to teach Alien predators a permanent lesson - mess with Humans and you die!

What listeners say about Humans Vs. Aliens

Seriously, you dont need to force the accents. I am personally surprised that the multicultural extra earth colonies still have separate accents and with such a difference between each other instead of becoming an amalgamate or at least a new one with its own slang and more ... asteroid survival type language.