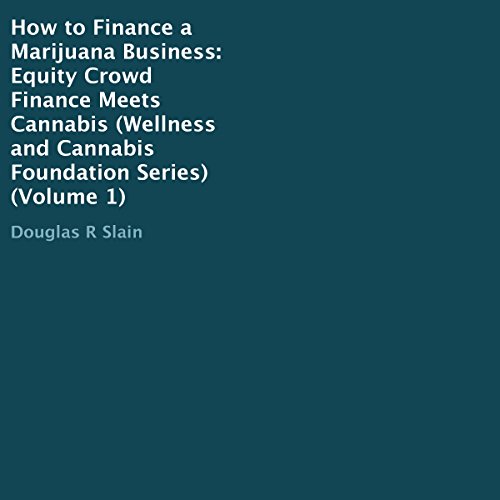 How to Finance a Marijuana Business

By: Douglas Slain
Narrated by: Andrew J. Cornelius
Try for $0.00

Three early 2014 developments signal a new regulatory regime is on the way.

An enormous, quasi-dormant underground economy is awakening and large components are coming to the surface. Taylor West, deputy director of the 440-member National Cannabis Industry Association, said, "There is a whole canopy of products that goes beyond plants." He cites cannabis-infused foods and drinks, cannabis oils, butters, tinctures, and salves. New regulatory demands will spark other opportunities such as laboratories to test for impurities and software systems to track product from seed-to-sale. But make no mistake about it: Some investors in some of the publicly-held cannabis-connected companies detailed at www.hempinsiders.com will lose money.
©2015 Rule 506 Media Group (P)2016 Douglas Slain

What listeners say about How to Finance a Marijuana Business

What would have made How to Finance a Marijuana Business better?

I thought this book was going to give me more on how to finance my marijuana business, but it didn't. There were more stories about the cannabis industry than financing info. There was one chapter that discussed the 506c offering that was useful to me. In my opinion, everything else aside from that was fluff. At the end of the day, I guess that one bit of information is worthn my $5 dollars, but don't expect a drawn out plan on financing a marijuana business with this book.

Would you be willing to try another book from Douglas R Slain? Why or why not?

Well worth the price

Since this book was revised late last year, it has a lot more relevant information.