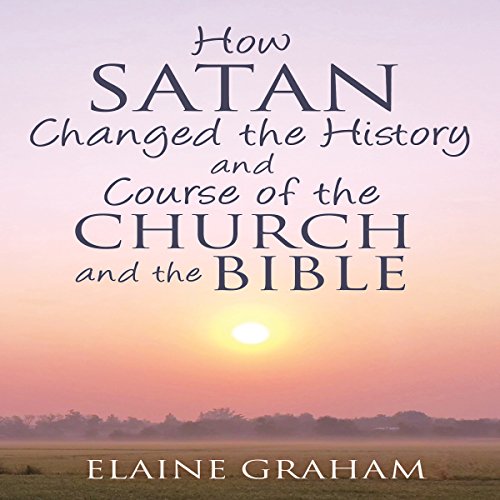 By: Elaine Graham
Narrated by: Chase Mohrman
Try for $0.00

The Christian church is strong, thanks in large part to the devotion of its adherents. However, many have attempted to weaken the church over the millennia - particularly those under the influence of Satan.

How Satan Changed the History and Course of the Church and the Bible is a historical investigation into Satan's role in undermining God's will. Elaine Graham, Christian prophet and healer, explores several controversial subjects, including the following:

This quick listen will have a lasting influence on your perception of the church. Satan's influence is not just an artifact of history; he continues to corrupt the church through everyday Christians and church leaders alike. It's up to true believers to accept the truth of Satan's influence and stand up to it. It's only by ensuring God's will is done on Earth that we can keep Satan from turning Christianity into an unrecognizable force for evil. Jesus will soon return - but before he does, Christians must reject Satan and bring themselves further into the light.