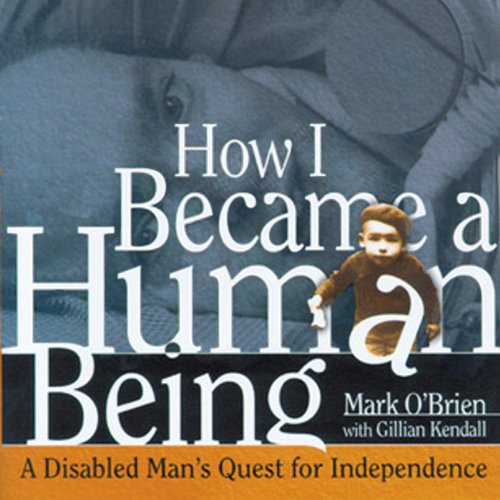 How I Became a Human Being

By: Mark O'Brien,Gillian Kendall (Preface)
Narrated by: David A. Gilmore
Try for $0.00

In September 1955, six-year-old Mark O'Brien moved his arms and legs for the last time. He came out of a coma to find himself enclosed from the neck down in an iron lung, the machine in which he would live for much of the rest of his life.

For the first time in audio, How I Became a Human Being is O'Brien's account of his struggles to lead an independent life despite a lifelong disability. In 1955 he contracted polio and became permanently paralyzed from the neck down. O'Brien describes growing up without the use of his limbs, his adolescence struggling with physical rehabilitation and suffering the bureaucracy of hospitals and institutions, and his adult life as an independent student and writer. Despite his physical limitations, O'Brien crafts a narrative that is as rich and vivid as the life he led.

©2003 The Board of Regents of the University of Wisconsin System (P)2014 Audible Inc.

What listeners say about How I Became a Human Being