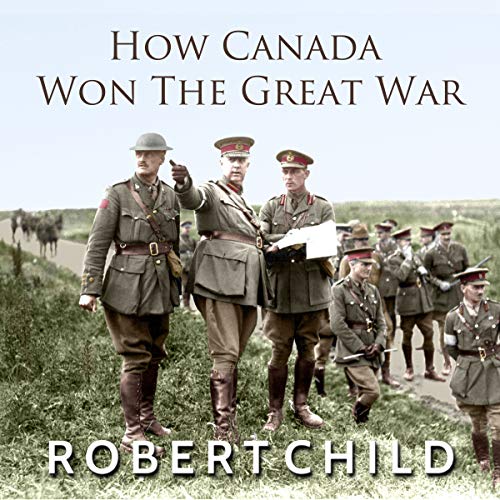 By: Robert Child
Narrated by: Colin McLean
Try for $0.00

For nearly 100 years Canada's role in ending WWI sooner than anyone thought possible has gone largely unrecognized. The Canadian Corp led by citizen soldier, Arthur Currie, became the premiere fighting force on the Western Front. The fact that Canada was not yet a formalized nation but a Dominion at the close of the war may be the reason for the absence of recognition yet the record of the Canadian WWI military accomplishments is irrefutable.

What listeners say about How Canada Won the Great War

All Americans should know this story, which is compellingly told and wonderfully brief! And gives a good rendering of how the military slowly overcame the paralysis and futility of trench warfare a century ago. But, in its telling and content, it is a bit understated, which may be very Canadian , but in the case of the story's subject, may make the listener wish for more.