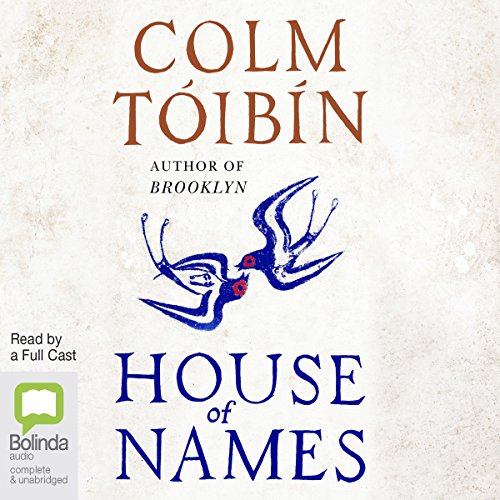 From the thrilling imagination of best-selling, award-winning Colm Tóibín comes this ambitious, violent and modern retelling of one of our oldest and most enduring stories.

'They cut her hair before they dragged her to the place of sacrifice. Her mouth was gagged to stop her cursing her father, her cowardly, two-tongued father. Nonetheless, they heard her muffled screams.'

On the day of his daughter's wedding, Agamemnon orders her sacrifice. His daughter is led to her death, and Agamemnon leads his army into battle, where he is rewarded with glorious victory. Three years later he returns home, and his murderous action has set the entire family - mother, brother, sister - on a path of intimate violence as they enter a world of hushed commands and soundless journeys through the palace's dungeons and bedchambers.

As his wife seeks his death, his daughter, Electra, is the silent observer to the family's game of innocence while his son, Orestes, is sent into bewildering, frightening exile where survival is far from certain. Out of their desolating loss, Electra and Orestes must find a way to right these wrongs of the past, even if it means committing themselves to a terrible, barbarous act.

House of Names is a story of intense longing and shocking betrayal. It is a work of great beauty and daring from one of our finest living writers.

"Tóibín creates suspense out of the simplest emotions: fear, love and, most poignantly, regret." ( Time)
"If there is a more brilliant writer than Tóibín working today, I don't know who that would be." ( The Irish Times)

What listeners say about House of Names