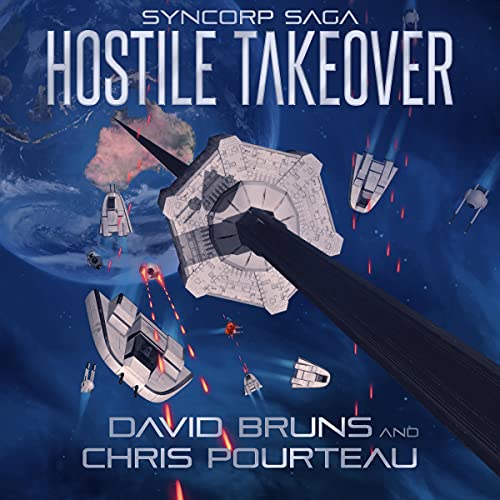 By: David Bruns,Chris Pourteau
Narrated by: George Kuch
Try for $0.00

The enemy of my enemy is my friend...until they’re not.

Cassandra Station is space dust. Anthony Taulke and the Council tighten their grip on Earth’s resources to feed their ever-expanding empire. Inside the Council, jockeying to divide the spoils of corporate conquest has already begun - and so has the backstabbing.

Meanwhile, we the people make our peace with a new normal: Nothing is within our control.

But new forces are on the horizon. An unlikely Neo leader emerges, rumors swirl of a rebel military alliance, and General Graves gets sucked into a new impossible mission.

The Expanse meets The Godfather in Hostile Takeover, the third installment in The SynCorp Saga, the dark sci-fi series about the corporate takeover of our solar system.

What listeners say about Hostile Takeover