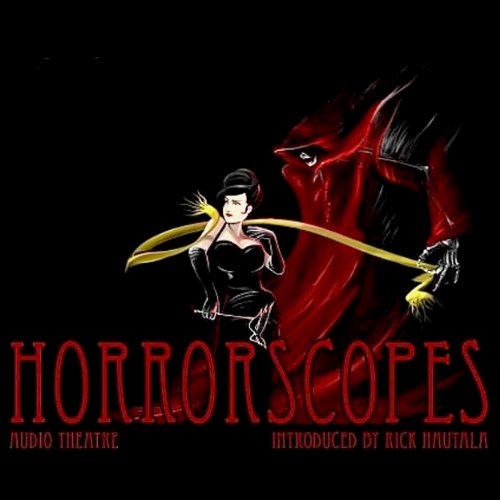 Horrorscopes: The Statement of Randolph Carter

HP Lovecraft’s reluctant anti-hero has been found wandering through swampland in an amnesiac shock. As he begins to recollect events, we are given the reason behind the disappearance of his traveling companion, a prominent occultist who just didn’t know when to leave well enough alone.

What listeners say about Horrorscopes: The Statement of Randolph Carter

Creepy as Hell - Get it!

Where does Horrorscopes: The Statement of Randolph Carter rank among all the audiobooks you’ve listened to so far?

Randolph, hands down. If this weren't an audiobook I'd swear the guy were truly scared out of his mind.

The last sentence. Scared the hell out of me.

This is the third audiocomic produced by The Audiocomics Company that I've listened to. Aside from the superb acting and narration, the production and direction are flawless. They give you such a sense of context with subtle sound effects, music transitions, timing, etc. I could see the concrete room with no window, one door, and the lightbulb hanging from the ceiling; flashbacks can sometimes be distracting in audiobooks - but I went right along with Randolph without hesitation.

Listening to these quick stories makes me beg the question: why doesn't Audible have a channel on SiriusXM dedicated to audiobooks - with programs like Horrorscopes slated for late night drives? So entertaining, so creepy, so enveloping.