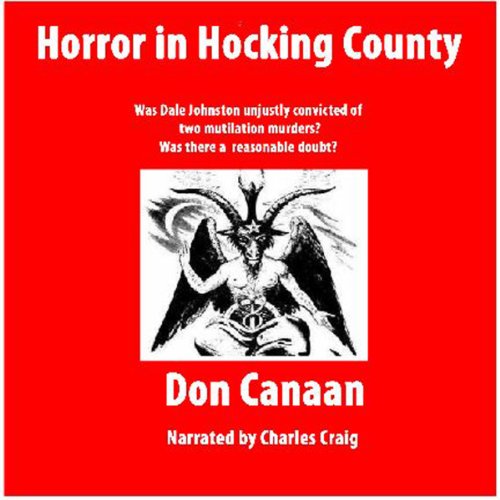 By: Don Canaan
Narrated by: Charles Craig
Try for $0.00

Dale Johnston was arrested, tried and convictedfor the dismemberment murders of his stepdaughter, Annette Cooper, and her fiancé, Todd Schultz. He was sentenced to die in the electric chair. His conviction by a three-judge panel was later reversed by the Ohio Court of Appeals and that decision was subsequently upheld by Ohio's Supreme Court. However, the original question still remained: Was there a reasonable doubt?

What listeners say about Horror in Hocking County

This book sounded good in the description, but it was dead boring. It was mostly about the rather dull trial proceedings. Now I know why it was only 1 hr 41 mins. I wouldn't recommend it.