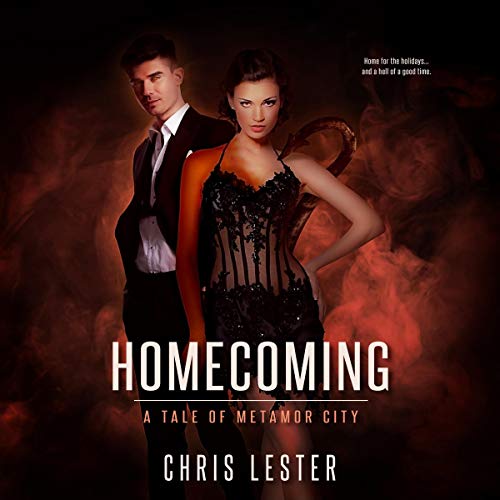 Home for the holidays...and a hell of a good time.

John had never expected to have a steady girlfriend. As an incubus and a priest of the Church of Hedonism, he had dedicated his life to the goddess of pleasure and fertility. But police detective Kathryn Kitaen snuck past his defenses and found her way into his infernal little heart. Now, after seven months as a couple, Kate is bringing John home to meet the parents. All he has to do is pretend to be human for one week.

Easier said than done. Kate absorbs some of John's demonic essence in a magical accident, which transforms her into a succubus! Both excited and frightened by her new powers and driven by a sexual hunger like nothing she has ever known, this small-town girl turned big-city cop is about to turn her hometown upside down.

John will have to teach her how to feed that hunger without getting caught - all while dealing with the ghosts of his own past, which have come back to haunt him at the most inconvenient time.