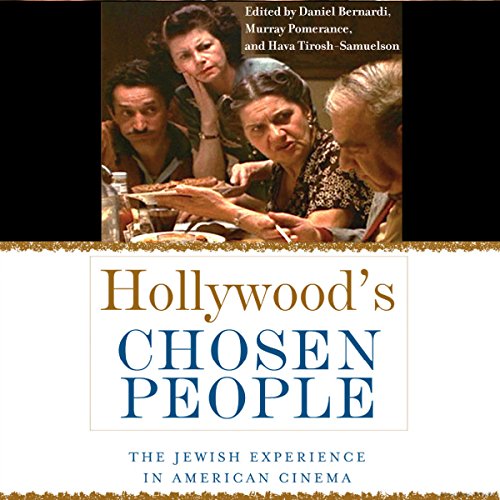 As studio bosses, directors, and actors, Jews have been heavily involved in film history and vitally involved in all aspects of film production. Yet Jewish characters have been represented onscreen in stereotypical and disturbing ways, while Jews have also helped to produce some of the most troubling stereotypes of people of color in Hollywood film history. In Hollywood's Chosen People, leading scholars consider the complex relationship between Jews and the film industry.

Editors Daniel Bernardi, Murray Pomerance, and Hava Tirosh-Samuelson introduce the volume with an overview of the history of Jews in American popular culture and the American film industry. Multidisciplinary contributors go on to discuss topics such as early Jewish films and directors, institutionalized anti-Semitism, Jewish identity and gossip culture, and issues of Jewish performance on film. Contributors draw on a diverse sampling of films, from representations of the Holocaust on film to screen comedy; filmmakers and writers, including David Mamet, George Cukor, Sidney Lumet, Edward Sloman, and Steven Spielberg; and stars, like Barbra Streisand, Adam Sandler, and Ben Stiller.

The Jewish experience in American cinema reveals much about the degree to which Jews have been integrated into and contribute to the making of American popular film culture. Scholars of Jewish studies, film studies, American history, and American culture as well as anyone interested in film history will find this volume fascinating listening.

"An engaging and gracefully written series of essays by leading film scholars whose intelligent and broadly diverse perspectives provide new insight on questions that are complex, provocative and of compelling interest. It has my highest recommendation." (Robert Rosen, professor and dean emeritus at the UCLA School of Theater, Film, and Television)