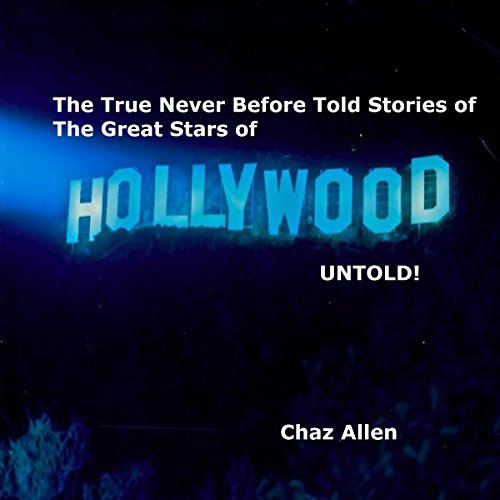 The True and Incredible Stories of Some of Hollywood's Biggest and Best Known Stars, but Never before Told
By: Chaz Allen
Narrated by: Chaz Allen
Length: 3 hrs and 26 mins
Categories: Biographies & Memoirs, Entertainment & Celebrities
4.5 out of 5 stars 4.5 (4 ratings)

For 13 years the Little Known Facts Radio Show© aired on over 625 radio stations and the print stories appeared in more than 190 newspapers across America. These are the true and incredible stories of some of Hollywood's biggest and best known stars, but never before told.

Every story has been researched and verified, no matter how surprising or out of character it may seem to the public, for some of the world's best known people.

If you like his kind of 1960's radio broadcast narration, and stories that usually involve old Hollywood, you will like this book. Personally, I like this stuff so I always enjoy his facts and tidbits.


Wonderful stories beautifully told told by someone who lived the Hollywood life. I’f you like the backstory, you’ll love this book. Highly recommended.