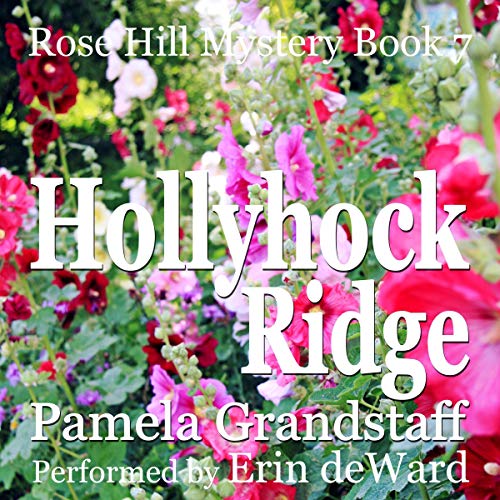 By: Pamela Grandstaff
Narrated by: Erin deWard
Try for $0.00

If you like cozy mysteries with a little romance and humor, you will love the Rose Hill Mystery Series.

Complicating everything, she’s being pursued by two very different men. Ed Harrison’s kisses curl Claire's toes and his embrace feels like home, but he’s not exactly available. Although he’s gotten under her skin, charming substitute police chief Laurie Purcell’s demons may not be as under control as he swears they are.

As Rose Hill’s mayoral race heats up, so does candidate Kay Templeton's love life. With two brothers vying for her attention, and a town full of busybodies watching, Kay has her hands full battling criminal accusations made by the former mayor.

When the rumor mill casts Kay in the role of jealous murderer, her good friend Claire is determined to prove her innocence. Investigating this alleged crime puts Claire and Laurie in close company, which is a little like fighting fire with gasoline.

It’s July in Rose Hill, and everyone just needs a little something to get by.

Hollyhock Ridge is the seventh audiobook in the Rose Hill Mystery Series by Pamela Grandstaff.

What listeners say about Hollyhock Ridge

This is another great book in a fun and entertaining series. I love how the characters are growing and developing in each book. Pamela Grandstaff is a great writer. Erin deWard does a great job bringing the characters to life.