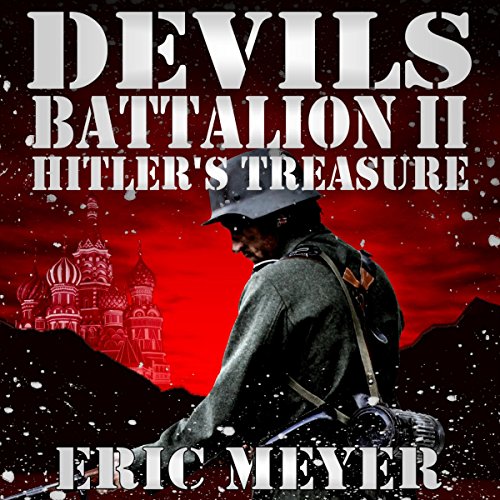 This time it is the Fuhrer, Adolf Hitler who insists on the theft of a Christian relic, believed to have been touched by Jesus Christ himself. Hitler believes that the relic will aid him in his struggle against the atheist communists of Stalin's Russia. Roth's platoon is ordered back into action behind enemy lines. This time they leave the vicious struggle on the Leningrad front to infiltrate the Soviet capital, Moscow. Their target is a Russian Orthodox Cathedral where the relic is believed to be hidden.

This is the second in this new and exciting series of stories that explodes the myths of the war on the Russian Front. The exciting series that blends fact and fiction to show that while some men fought honorably and well, many others were no more than thieves and psychotic killers. From beginning to end there are epic battles while Roth tries to keep himself and his men alive. Ranged against them are the Red Army, the Gestapo and the Christian Church.

Once again the reality of war is exploded; this is war at its most bloodthirsty and gruesome. Hitler's Treasure is another story of life and violent death, looting, love, and betrayal on a grand scale.

What listeners say about Hitler's Treasure