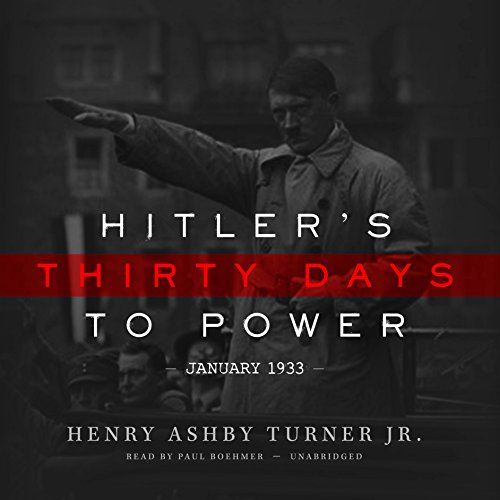 What listeners say about Hitler’s Thirty Days to Power

This is a must read for anyone with a thirst for history of this time period. This book, as the
title suggests deals with the events and characters in the immediate run up to Jan 30th, 1933. The reader will learn how literally right up to very moment Hitler was chosen to be Chancellor the history of the world could have easily changed. Hitler did not by his "iron will", beat down an old dithering Hindenburg into submission. Not at all. Hitler was not swept into power by a tidal wave German masses. In fact, in the nation election just held days before his appointment, 2 out of every 3 voting Germans voted against Hitler.

So how did it happen. How did Hitler rise to power in just 30 days. Listen to this book.