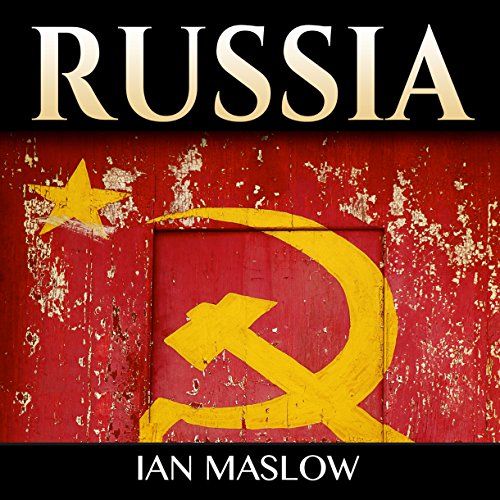 The Eurasian continent is dominated by Russia - the country whose history and destiny have unfolded there throughout the centuries. From the Kievan Rus’ to Vladimir Putin, this book presents the highlights of this country’s history - the elements that shaped its future and influenced its development.

Empires aren’t built in a day. Russia makes no exception to this rule. Over the centuries, this country has been both a victim and an attacker, attaining, at times, the peak of military genius and civilization.

This book includes an outline of each significant phase in Russia’s history. The purpose is to highlight the features that characterize Russia, its victories, and failures.

In this respect, one will come to realize how the Russian Federation earned such a prominent place in the world.

Get acquainted with the personalities that made Russia what it is today, namely: Vladimir the Great, Ivan the Terrible, Peter the Great, Catherine the Great, Joseph Stalin, Vladimir Putin, and many others. This book takes you through the major events that shaped Russia: the reigns of Ivan the Terrible, Peter the Great, Imperial Russia, the Bolshevik Revolution, Stalin’s domination, the two World Wars, the Cold War and the end of the USSR. Since the reign of the first Russian ruler - Prince Oleg - this country was led by two types of leaders: visionary and barely competent.

Everything about Russia’s history is attractive. It experienced a range of paradigm shifts that brought the country on the edge of collapse for repeated times.

Rediscover this empire’s individuality and start your journey through Russia’s history today!

What listeners say about History of Russia: Kievan Rus to Vladimir Putin, Tsars and Revolutions

More of a propaganda piece than a history book.

Said Stalin was called a tyrant by some, especially those in the west. I guess killing tens of millions through forced famine or purges in your military and government might make you a tyrant. Treats Stalin as the greatest thing since sliced bread. Very biased.

This seems to be written as a pro Russian propaganda text book. The play time was about half the listed time

Good to know the past 1000 year of Russian history. Very interesting, very knowledgeable. Book is Good!

I wasn't impressed with this book and at times it was very confusing. I wouldn't recommend it.

Patched up, substandard audio quality interrupt what is otherwise an okay book and narrator. The audio needs to be checked and fixed before it should be available on sale. Moving past this, the book is a high level fairly short overview on Russia. A good starting point.

Lacks facts for a history book. Too many opinions offered without supporting facts. English poor.