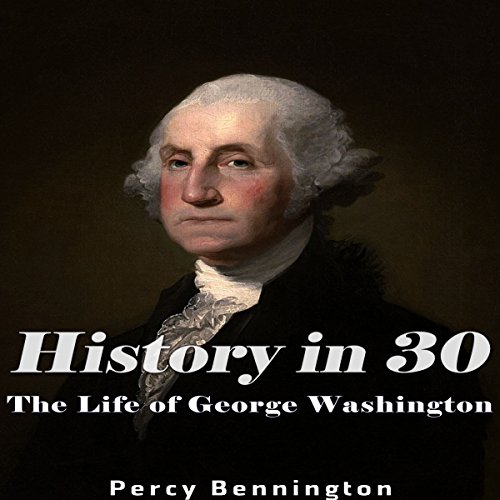 History in 30: The Life of George Washington

History in 30: The Life of George Washington

The United States is the land of opportunity, and this was no truer than during the late-Colonial phase in North America. The men and women who came to the 13 colonies worked for everything they had and eventually broke away from the British when the colonists grew unhappy with the governance. Without the "Founding Fathers," this would not have been possible; the men who declared independence, ran the war effort, and created the government were exceptional individuals. Many of the "Founding Fathers" were self-made men who rose through the ranks and made something out of themselves during the Revolution. Some had nothing to lose when they declared their independence, but others had everything to lose, and George Washington risked it all to gain the mantle of "Father of America" with his successes.

Today, his legacy is mythologized so often that it's hard to ascertain the truth from the fairy tales. With such a renowned figure as Washington, it is important for historians and those interested in history to dig deeper and actually understand the man. Washington was not perfect; he was known to have a terrifying temper during the war that left many of his subordinates genuinely scared of the man. Washington did more than any other man to ensure the success of the American Revolution and the safe passage of the new United States from fledgling nation to budding power, but underneath his steel surface burned an almost insatiable political ambition, and a man who was acutely self-conscious of himself.