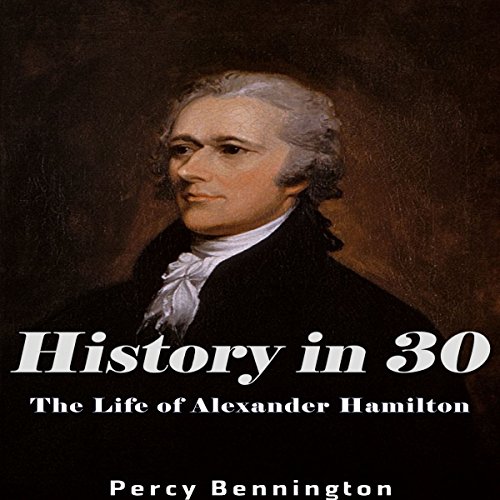 History in 30: The Life of Alexander Hamilton

History in 30: The Life of Alexander Hamilton

What is the American Dream? Depending upon which period a person is referring to, the American Dream can shift somewhat with the changing tides of history. During the Colonial Period of the country, the United States was a bustling set of colonies, promising a second chance to all people who dared travel to her shores. The men and women who founded the United States wanted freedom from their past lives and saw the 13 colonies as their way to start over. Many of the Founding Fathers that are often discussed reached the height of president of the young republic once the Revolution was won, but the subject of their essay did not reach the pinnacle of American politics. Often overlooked until recently, due to a huge Broadway play in his name, Alexander Hamilton arguably played a larger role in American history than many presidents.

Unfortunately, one of the best known aspects of Hamilton's (1755-1804) life is the manner in which he died, shot, and killed in a famous duel with Aaron Burr in 1804. But Hamilton started as an orphaned child in the West Indies before becoming one of the most instrumental Founding Fathers of the United States in that time, not only in helping draft and gain support for the US Constitution but in also leading the Federalist party and building the institutions of the young federal government as Washington's Secretary of Treasury. Hamilton is also well remembered for his authorship, along with John Jay and James Madison, of the Federalist Papers. The Federalist Papers sought to rally support for the Constitution's approval when those three anonymously wrote them, but they demonstrate how men of vastly different political ideologies came to accept the same Constitution. Born a bastard, Hamilton saw the 13 colonies as his way to making a life for himself, and through political genius, conflict, and brilliance. In the process, he left an indelible mark on the history of the United States.