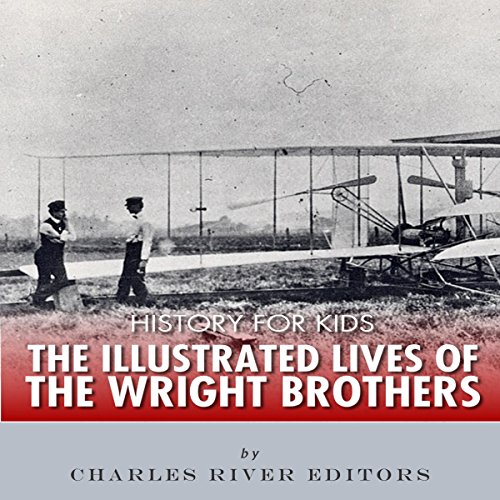 History for Kids: The Illustrated Lives of the Wright Brothers

History for Kids: The Illustrated Lives of the Wright Brothers

"For some years I have been afflicted with the belief that flight is possible to man. My disease has increased in severity and I feel that it will soon cost me an increased amount of money if not my life. I have been trying to arrange my affairs in such a way that I can devote my entire time for a few months to experiment in this field.” - Wilbur Wright, 1900

The lives of Wilbur and Orville Wright are quintessential American stories. Growing up in America’s heartland, the boys lived very ordinary lives with five other siblings and worked in printing jobs and repair jobs that involved tinkering with tools and bicycles. But at the end of the 20th century, one of the brothers’ passions became an obsession, especially for Wilbur, who would later write, "My brother and I became seriously interested in the problem of human flight in 1899."

The Wright Brothers initially underestimated the difficulties involved in flying, and they were apparently surprised by the fact that so many others were working on solving the "problem of human flight" already. Decades before their own historic plane would end up in the National Air and Space Museum, Wilbur and Orville asked the Smithsonian for reading materials and brushed up on everything from the works of their contemporaries to Leonardo Da Vinci. Undeterred by the work and the fact that several would-be pioneers died in crashes trying to control gliders, the Wright Brothers tested out gliding at Kitty Hawk in North Carolina for several years, working to perfect pilot control before trying powered flight.

In December 1903, the brothers had done enough scientific work with concepts like lift to help their aeronautical designs, and they had the technical know-how to work with engines. On December 17, the brothers took turns making history’s first successful powered flights. The fourth and final flight lasted nearly a minute and covered nearly 900 feet. The Wright Flyer I had just made history, and minutes later it would be permanently damaged after wind gusts tipped it over; it would never fly again.

Although the Wright Brothers are still famous for the first flight, the rest of their story is often overlooked, especially their subsequent contributions in the field of aviation. Far from merely experimenting for a few weeks, Wilbur would work in aviation until dying of typhoid at the age of 45 in 1912, and it fell upon Orville to continue their crucial aviation developments. By the time Orville died in 1948, planes had nearly reached supersonic speeds, a far cry from the days of bicycles and carriages he knew as a kid.