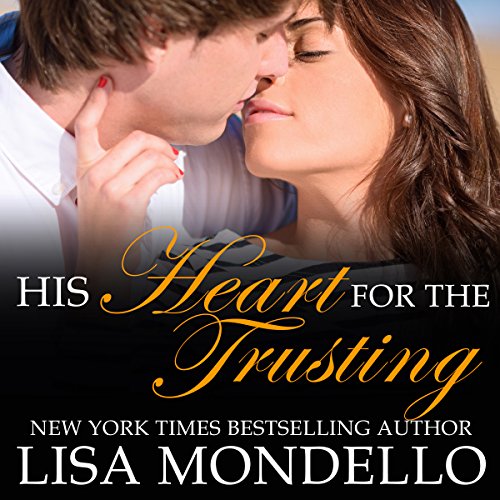 His Heart for the Trusting

By: Lisa Mondello
Narrated by: Alan Taylor
Try for $0.00

Ever since Mitch Broader set foot in Texas, he dreamed of owning his own ranch. Now that he's bought a share in the Double T Ranch, he's one step closer to the dream. Then his past greets him in the form of a baby basket, complete with infant and birth certificate naming him as the father. He can't change diapers and work toward his dream at the same time.

When Sara Lightfoot, "Miss Hollywood" in Mitch's eyes, rescues him with her particular knack for handling his precocious son, he hires her on the spot as a temporary nanny. No matter how much Sara's dark eyes and warm heart make this bachelor think of making their arrangement permanent, she's made it perfectly clear she has other plans that don't include him or his dreams.

Sara Lightfoot never thought she'd return to her home on the reservation. Now she plans to reclaim the life she left by going back to the reservation as a Native American storyteller, teaching the Apache children stories of their culture. She didn't expect Mitch Broader's sexy smile or job offer as a live-in nanny to derail those plans. After all she's been through to come home, can she open up her heart once again to love?

What listeners say about His Heart for the Trusting

True love for a woman and child.

Loved it. An excellent story of a father's love for his child and a wonderful Indian woman.

a good read. I enjoyed the book

this was a real love story. very clean and I enjoyed reading it and recommend it to othet 's