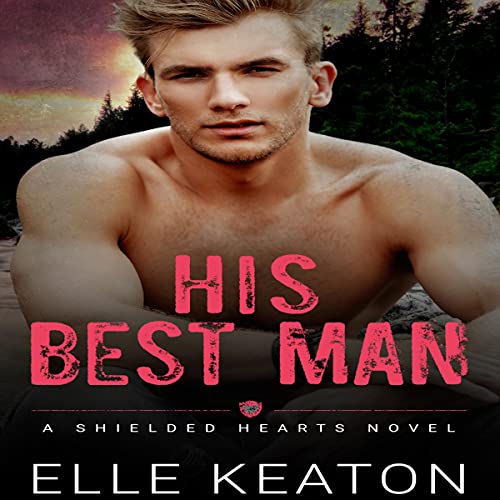 By: Elle Keaton
Narrated by: Nicholas Santasier
Try for $0.00

Rod Beton and Travis Walker have known each other almost all their lives; since the third grade, when Rod was the new kid in town and Travis befriended him with Pokémon trading cards and a fruit snack. Apparently Rod’s easy. Since that day, they've had each other's backs, bread and butter, biscuit and gravy...and so on.

Along the way, Rod fell in love with Travis. He's been hoping for some kind of signal from Travis that he returns Rod's feelings. When Travis announces his surprise engagement over Thanksgiving dinner, Rod decides he's done waiting for the impossible. He packs his belongings and heads for Skagit and a new life. Even if Travis suddenly decided Rod was the man for him, would Rod be able to put aside his insecurities?

Travis always knew he was destined to take over the family business. As the only boy, he’s expected to take the helm of the Walker farming operation, and he’s good at it. An engagement to a local girl he’s pals with seems like the perfect solution, gets him mom off his back, and ensures the family line - eventually. When his best friend abruptly leaves town, Travis’ eyes are finally opened to the difference between what is expected of him and what he could expect for himself.

His Best Man is a stand-alone in the Accidental Roots series, a friends-to-lovers m/m romance with an HEA. Bisexual/gay.

What listeners say about His Best Man

DNF - Couldn't get past the terrible narration.

I'm sad to say I could not finish due to the terrible narration. Not only did he speak incredibly fast, but every other sentence ended as if it was a question. His voice would go up as if he was asking something, when it was only a statement. It was absolutely awful to listen to and I couldn't get past it. I will probably give the book a try instead. I highly suggest the author have this audiobook redone with a different narrator.

Best friends to lovers - one of my favorite tropes

I've read most of the books in the Accidental Roots series and I loved all of them. His Best Man is book 7 and the first audiobook that the author has released in this series. It totally stands alone with no problem so don't be afraid to jump right in and listen to or read it.

Rod has been in love with his best friend for a long time but never told him. I guess I can kind of understand this; fear of rejection is a big thing for most people I know. Travis doesn't admit to the feelings he has for Rod until Rod has left town and then he is jolted into admitting his feelings. A case of you don't appreciate what you have until it's gone.

Travis is expected to take over his family's business but he's afraid to tell his parents that he doesn't want to. Travis's mom is a total witch and doesn't like Rod because he's gay and this is partly why Travis hasn't come out to them as bi. When something unexpected happens, Travis goes to Rod and they finally get to begin their journey to their HEA.

The story really captured my attention and I also enjoyed the narrator's performance. It's the first audiobook I've listened to by Nicholas Santasier and I think he did a pretty good job. His voice is fairly crisp and pleasant to listen to.

His Best Man is another great addition to the Accidental Roots series.

A complimentary copy of this audio book was provided to me but my review was voluntary and not influenced by the author.

I will admit I didn't have a lot expectations for this story, but I was sorely mistaken. What a wonderful love story. I fell in love with Rod and Travis and the side story with the young boy on the bus was a unexpectedly pulled at my heart strings. I found myself thinking about what was going to happen next at my desk at work and couldn't wait to listen to another chapter at lunch. I highly recommend this book.

This is a great friends to lovers story. Rod and Travis relationship is a slow burn that I love and I love see how their relationship grows. Nicholas Santasier does a great job in narrating this story and brings these characters to life.

all the feels! such a great story! i laughed and cried. i won't spoil anything for you just know it's a Very touching book

The story was good and solid. I liked the pacing and twists to the story.

The only down side was that the narrator has a habit of ending sentences in a way that makes him sound mechanical. You know how with TTS when sentences are ended with a full stop. It’s like that. I was able to block it out mentally most of the story but it was there enough to have thrown me off in a few places.

Again though, I did enjoy the story. :)

I liked this story; It's friends to lovers with HEA. The narrator is new to me. I liked his voice but I felt bothered every time he ends the sentence or phrase with a high pitch (I forgot what it's called). Overall, I think that it's a good book.

Okay, I’ve read the series and loved Rod and Travis’s story! Rod and Travis have known each other almost all their lives; when Rod was the new kid in town and Travis befriended him with Pokémon trading cards and a fruit snack. Insert all the awes! As time passes on, Rod fell in love with Travis. He’s held on for so long, like waiting for Travis to catch up, hoping for some kind of signal from Travis that he returns Rod's feelings, but when Travis announces his surprise engagement over Thanksgiving dinner, Rod decides he's done waiting and packs his belongings, and heads for Skagit to start building a new life that doesn’t revolve around Travis. Insert the broken hearts and tears.

Unfortunately, Travis, the only boy in his family, knew that he’s expected to take the over the Walker farming business, which is okay and all since he’s good at it; but when he announces his engagement to his gal pal that he’s known for a while, to get his family (namely his mother) off his back and ensures the family line - eventually, it seemed like it was the perfect plan. However, after the announcement Travis learns that his best friend abruptly leaves town! Travis’ heart breaks, shatters even, that is when it finally hits him: Rod is who he’s meant to be with. Rod is the one he cares most about, who's always been there and who really knows Travis and that there’s a difference between what he’s expected to do and what he needs (and wants) to do, because a future with no Rod doesn’t sit well with Travis and that’s all it takes for him to get his head out of his behind and go after Rod, hoping it’s not too late! His Best man is actually my fav in this series, so I was excited that it was released as an audio book, HOWEVER, oh my word, the narrator either cannot narrate, didn't give his 100% or doesn't know how to audio edit his recordings. It was so cringe-y that I had to stop, I couldn't get further that the first two chapters. He sounded so monotone and it's like he enunciated every sentence, it was not good at all. I hope the author re-releases this and uses another narrator because I couldn't get into it even though I loved the book. All in all, I recommend you read the book, skip the audio.

A Must Read M/M Romance Novel

The protagonists of this satisfying novel, Rod Beton and Travis Walker, were nicely developed and the twists and turns in their long distance romance were incredibly well written. Elle Keaton has produced another winner.

Nicholas Santasier does a workmanlike job narrating this 5 hour and 30 minute Audible book. Unfortunately for me, the narrator’s distinctive inflection on the final word of every sentence was truly disconcerting.

Bottom line: A must read M/M romance novel that rather than listening to, I wish I read.

I enjoyed listening to this book, Elle Keaton and Nicholas Santasier did a great job bringing the characters to life

New author and new narrator to me

First time listening to this narrator and also first time I have read/listened to this author. I have been intrigued by the author previously but am now just getting around to checking them out. This book is so good. So many little stories to help create the overall story. Some things I didn't see coming while others took different twist than I was expecting. I'll be checking out more work by these to that is for sure.

Dreadful narrater who just read words not humanise the characters. Sentences just stop dead not show any nuances Most annoying narration ever Ruined the book completely