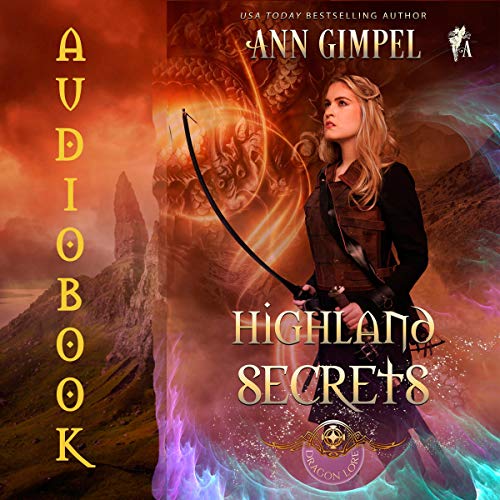 Furious and weary, Angus Shea wants out, but he can’t stop the magic powering his visions. The Celts kidnapped him when he wasn’t much more than a boy. He’s sick of them and their endless assignments, but they wiped his memories, and he has no idea where he came from.

Arianrhod prefers to work alone and guards her privacy for the best of reasons. She’s not exactly a virgin, and she’d be laughed out of the Pantheon if the truth surfaced. Despite the complications of leading a double life, she’s never found a lover who tempted her to walk away from the Celtic gods.

Dragon shifters are disappearing from the Scottish Highlands. The Celtic Council sends Angus and Arianrhod to Fire Mountain, the dragons’ home world. Attraction ignites, so urgent Arianrhod’s carefully balanced life teeters on the brink of discovery.

Can they risk everything?

If they do, can they live with the consequences?

What listeners say about Highland Secrets

Dragon mages and Dragons, are caught up in some dark plan. Two identities, Arianrhod and Angus Shea, are sent to find out what had happened when a potential dragon Mage had been killed by another Dragon, and if that Dragon was culpable.
The task is difficult, as the dragons were recalcitrant beings, and not compliant to any other being, whether Seer of Celtic Goddess.
Then there's the instant attraction between Arianrhod and Angus. For the one known as "The Virgin Huntress", such a relationship could be perilous.
There's a lot more going on, but some answers are given, although there is still more to find out.. next episodes should reveal more...

Great story by Ms. Gimpel. First book in this series. Angus and Arianrhod come alive under her pen. A.W. Miller does a good job narrating.