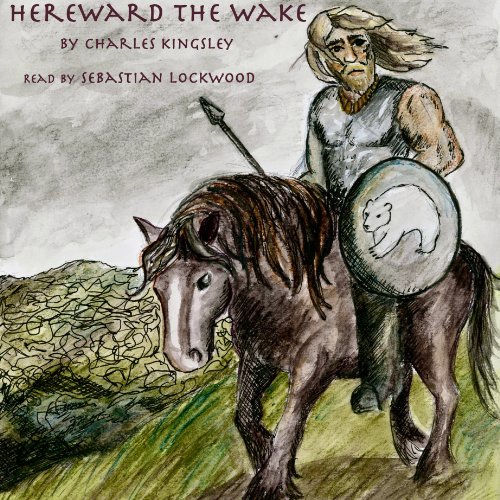 By: Charles Kingsley
Narrated by: Sebastian Lockwood
Try for $0.00

Hereward the Wake, the last of the Anglo/Saxon/Dane Vikings, will hold out against the impossible force of William the Conquerer. After the Battle of Hastings in 1066, Hereward, already a great hero, will end up at Saint Etheldredas' Island and Minster, Eely, with his wife, Torfrida, and mother, Lady Godiva. He will ride to battle on his magic mare, Swallow, followed on foot by his right hand man, Martin Lightfoot. This is the best of Charles Kingsley, written in rich language and narrated by storyteller Sebastian Lockwood, himself originally from Norfolk and a great admirer of Hereward the Wake.

What listeners say about Hereward the Wake

Very poor quality recording, you will get more pleasure reading the book than listening to this