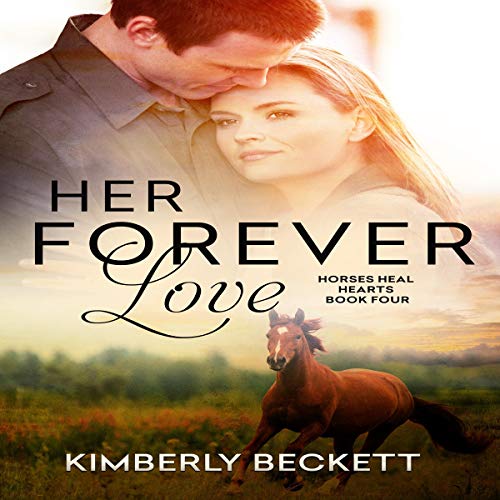 By: Kimberly Beckett
Narrated by: Liz Boston
Try for $0.00

High school sweethearts Liz Randall and Jason Merrick were deeply in love, but when Liz rejected his marriage proposal to fulfill her dream of riding international level dressage, Jason joined the army and broke off all contact. Fifteen years later, they’re both back home, and Liz must find a way to tell Jason they have a daughter.

Fifteen years after leaving Columbus to follow her dream of riding dressage for the United States Equestrian Team, Liz has returned with a gold medal, a determination to raise her teenage daughter, and a dream to expand her therapeutic riding practice.

Falling in love again isn’t in her plan, especially not with Jason Merrick, her first love, the boy whose heart she broke all those years ago. The man with whom she shares more than just a history.

An army ranger seriously wounded in the same attack that killed his best friend, Jason sought the familiar comfort of his hometown to recover. Now he’s ready to build something rather than destroy. What he wasn’t ready for was seeing Liz Randall - the girl who broke his heart 15 years ago. His growing construction company needs the money remodeling Liz’s stables will bring. That’s the only reason to take the job…or so he tells himself.

The moment they see each other again, feelings that never died come rushing back. Jason knows he’ll doing anything to have her. But as much as Liz wants to be his, she has a secret. A secret that, once revealed, could make him walk away from her forever.

What listeners say about Her Forever Love