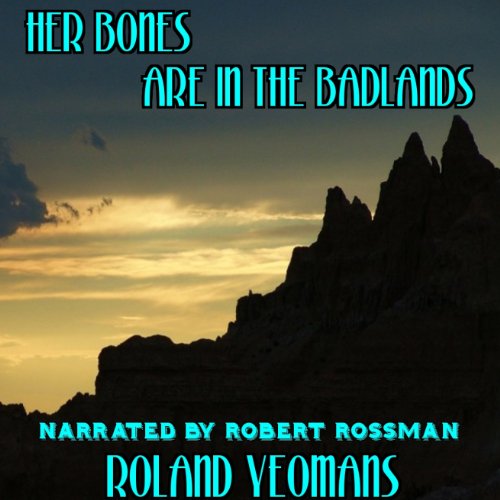 Her Bones Are in the Badlands

By: Roland Yeomans
Narrated by: Robert Rossmann
Try for $0.00

Something has awakened in the Badlands. Undying hunger and hatred for Man seethe in the darkness. While below the brooding pinnacles, the first talking Western is being filmed.

The fledging director, John Ford, has inherited a troubled production and fights his own insecurity over filming his first movie with sound. Harry Carey, the star, and his wife worry about Ford's hostility to his former best friend. German screen sensation, Marlene Dietrich, has been abandoned by the director who lured her to American shores. Nicola Tesla, fabled genius, hides his true purpose in being the film's special effects man.

Then strange death begins to hunt the cast and crew down one by one. Abruptly, they find themselves cut off from outside help. And their only hope rests on the has-been cowboy acting as technical adviser... Samuel McCord... a man the Sioux fearfully call "the ghost who hunts."

When events seemingly cannot get any worse, they do. The not-human, estranged wife of McCord arrives and neither McCord nor the humans are safe from her. The only question is whether she will kill them before the awakened Something does.

What listeners say about Her Bones Are in the Badlands