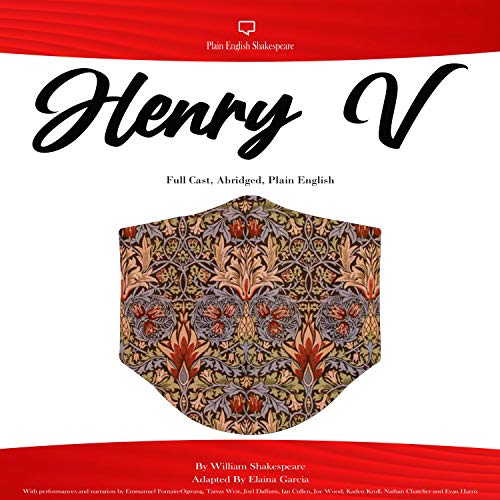 This abridged version of the Shakespeare classic Henry V is adapted and condensed to just over 20 minutes across five acts. It tells the story of the mature King Henry V and his defeat of the French at Agincourt despite being heavily outnumbered. Henry succeeds militarily in a country where he doesn't even speak the language. Henry also achieves success, but it has stark implications for his past friendships.

That said, Henry V is among Shakespeare's less nuanced characters and the play arguably lacks the moral dilemmas featured elsewhere in the Shakespeare canon. This version is abridged and adapted, offering a condensed and simplified, yet full cast theatrical production version of the play, though two of King Henry's key speeches from the play are included in full in original Shakespearean language. This is an ideal introduction to Shakespeare for those less familiar with his works or for a younger audience.