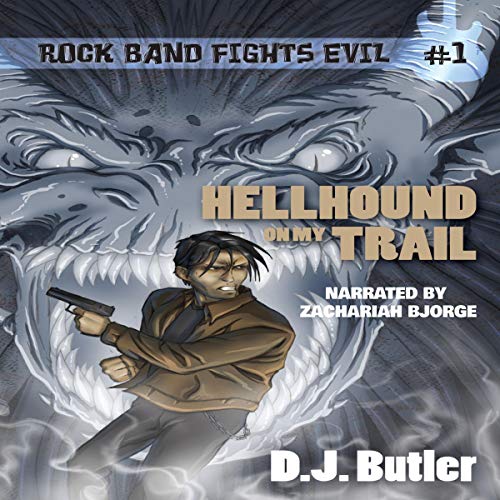 Hellhound on My Trail

Heaven doesn't want them. Do they stand a chance in Hell?

Bass player Mike Archuleta is down on his luck in a major way. The shattered survivor of a misspent youth, he is haunted by the ghost of his dead brother, and is now driven to planning his suicide. Halfway through the show that's supposed to be his last, a hellhound bursts into the club and attacks the band. The band members pull out karate moves, guns, and even a sword...and then things start to get strange.

Can Mike survive the show? What can he do about his brother's ghost? And what kind of band is this, anyway?

Hellhound on My Trail is the first installment of Rock Band Fights Evil, a pulp fiction serial by D.J. Butler. Read more about D.J. Butler’s books at davidjohnbutler.com.

What listeners say about Hellhound on My Trail

Fun and substance in a short story

This was a cool urban fantasy that respectfully draws on religious lore. Great sound recording too!