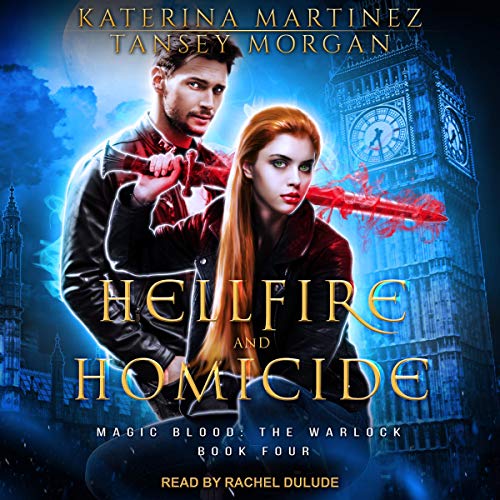 By: Katerina Martinez,Tansey Morgan
Narrated by: Rachel Dulude
Try for $0.00

My entire world is about to burn.

There is a secret war being waged in London's magic underground, but now, that war is going to spill out into the world of humans. I know what Cerberus wants; he covets the power of the infernal Hellfire, and with Reaper on his team, his chances of getting it have gone up tenfold. With the Eyes hamstrung as we are, I don't see light at the end of the tunnel; only more darkness.

That's when the first body shows up, and everything changes.

If we're going to beat Cerberus, we need to act fast, we need to hit hard, and we need more than a little luck on our side. But all the luck in the world won't save us if that warlock gets his hands on the Hellfire.

What listeners say about Hellfire and Homicide