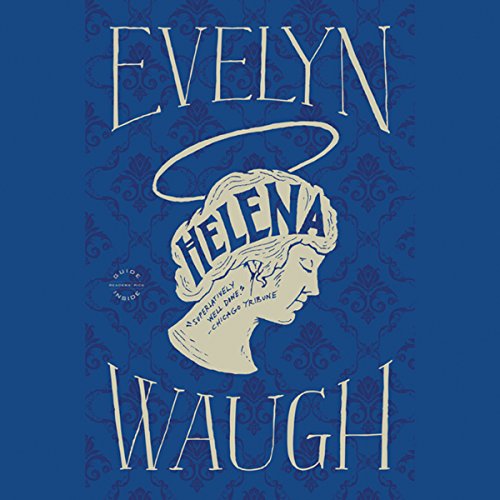 By: Evelyn Waugh
Narrated by: Simon Prebble
Try for $0.00

Helena is the intelligent, horse-mad daughter of a British chieftain who is suddenly betrothed to the warrior who becomes the Roman emperor Constantius. She spends her life seeking truth in the religions, mythologies, and philosophies of the declining ancient world. This she eventually finds in Christianity - and literally in the Cross of Christ.

The Empress Helena, mother of Constantine the Great, made the historic pilgrimage to Palestine, found pieces of wood from the true Cross, and built churches at Bethlehem and Olivet. Her life coincided with one of the great turning-points of history: the recognition of Christianity as the religion of the Roman Empire. The enormous conflicting forces of the age, and the corruption, treachery, and madness of Imperial Rome, combine to give Evelyn Waugh the theme for one of his most arresting and memorable works.

What listeners say about Helena

And There Alone is Hope

I was curious to see how Waugh would handle this challenging subject matter, so seemingly outside his usual ken, the world of Basil Seal and Charles Ryder. Of course, it’s really the same world, the same grapple between blindness and seeing, darkness and light, fashion and fundamentals.

One critic I read sees humor—a satirizing humor, but humor nonetheless—throughout the book. I know what he means, but the attitudes and fashions being satirized were just a wee bit too familiar for me to smile much. When the Aryan bishop Eusebius holds forth on the goings-on at the Council of Nicaea, I spent most of my time cringing:

“All that invoking of the Holy Ghost put things on the wrong footing. It was purely a question of practical convenience… I mean, we must have progress.”

Constantine’s edict making Christianity the official religion of the empire also made it fashionable. And in Helena’s day that meant Gnosticism, a creed that eschewed physical reality in favor of airy theory. Ironically, Helena’s inbred skepticism leads her to faith. Like Doubting Thomas, she wants to touch the physical reality of Christ. It’s an attitude that’s easy to dismiss; indeed, Christ Himself rebukes Thomas when He speaks of the blessedness of those who have not seen and yet believe. Yet beneath that need to touch and feel there lurks, I think, a faith that there actually is something there to touch and feel. Like the reality of the True Presence that lead me and my wife—Thomas and Helena-like—to conversion, this yearning for the physical reality of Christ led Helena to find what everyone around her said could never be found.

As with every book I’ve listened to narrated by Simon Prebble, I started out wondering if he was really the perfect voice pick and ended by realizing he was.

The narrator did a superb job, but this was a book that, in my opinion, required a female narrator.