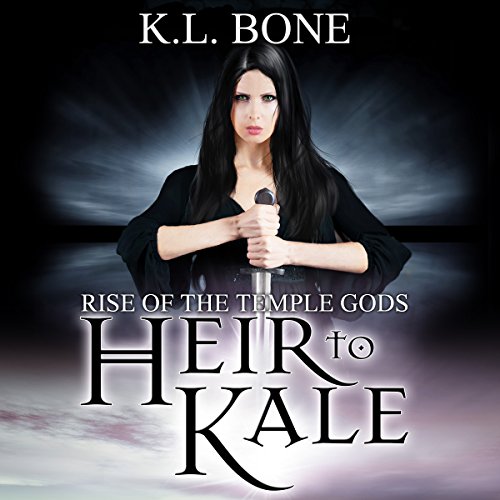 Fear to the fearless. Hope to the hopeless. Mercy to those who hate you. Death to those who love you. - Prophesy of the Kalian Twins.

In the land of Kale there lies a delicate balance between the powerful temples and the rulers from an ancient, royal bloodline. The Temples are ruled through combat, determined by a series of tournaments. Of these tournament champions, 60 are chosen to become Defendants, an elite team charged with protecting the realm from all enemies. Selection to this team is considered the highest of honours and leadership of the team is decided only once every 13 years.

Princesses Mariana and Ameria, twin daughters of two such champions, are taken as children to separate, yet equally powerful Temples. Through years of rigorous training both are educated in the arts of combat, swordplay, and the ancient traditions of the Temple Gods. Both eventually obtain the rank of Kalian Champions with the expectation of one day serving upon the coveted Defendant Team.

Then, not long after their 17th birthday, the childless King declares that one of the sisters must succeed him as the future Queen. As the race for the throne begins, the sister's long standing rivalry intensifies, leading both upon a dangerous path that threatens not only their lives, but the fate of the very kingdom.

Unbeknownst to the twins, this treacherous path to the throne is the elaborate collaboration of an ancient prophecy and two creatures charged by the Gods themselves ensure it comes to pass. As primeval powers awaken, the two sisters must struggle to learn the truth behind the prophesy and search for a way to change their inevitable fate.

What listeners say about Heir to Kale

Do yourself a favor and buy this book!!

I enjoyed this book very much. K.L. Bone has a command of the language that you don't find often. The story is easy to follow and holds your attention. Bone is descriptive without being "wordy". I believe big things are to come from K.L. Bone...She is an amazing writer, a wonderful story-teller and you really shouldn't miss a chance to listen...

Rise Of The Temple Gods

Cassandra Nuss performace was compelling. Her inflection is powerful and smooth. Her ability to give characters their own voice is fantastic.

Wow….this story blew me away. Fantastic world building! It’s adventurous and action packed and also heart wrenching. Several times throughout the story I was either shouting out loud or I had tears coming down my face. Ah good times. The characters are very well written. I really like Ameria! I just felt myself leaning more towards her. The puppies were a nice touch and totally unexpected! The narrator had a nice voice and I dig her wraith voice! I NEED the next one ASAP!! I am now fully hooked and invested in this series. I give it 5 stars!

A great story from K.L. Bone. The characters are interesting and relatable in a lot of ways. K. L. Bone always takes me on an emotional ride with her stories and this is no exception. I loved it. I look forward to listening to more of her books. The narrator does a great job telling the story.

Heir to a great story

Great story full of surprises and action. The author wrote a story that is strong and very detailed. You actually see the settings
This story is about one twin but you see her other twin also the twins are separated at 2 different temples .
Mariana and her twin sister America are Princesses in the Kingdom of Kale. Marianna studies at the temple of Kale and her twin sister Ameria is a student at the temple of Koloso. Both sisters are at the top of their training.
Someone is out to kill the King , his brother and the 2 princesses. Some people do die , grab it and seen who is behind the assignation.
Cassandra Nuss performance is great . Her voice is strong and smooth and strong. She did the characters great

I went into this book knowing almost nothing about it. The title and the cover alone was enough for me to want to check it out.. plus I've loved everything this author has put out. I am glad I went into this one blind. So I won't say alot because it's so good and I don't want to ruin it for anyone else who wants to blindly go into it.

This book centers around twin princesses... and not dull, prissy princesses who were raised in a castle.. no these women were warriors. But they weren't mean spirited or blood thirsty. They are honestly some of my favorite female characters I've read in awhile. There is a prophecy and many, many battles. This book is extremely action packed and you will not want to put it down!

The only thing I wasn't a huge fan of was the amount of description for every single thing. I understand that there needs to be some but I just think it was too much. However, if that doesn't bother you, than you'll love it because you can feel like you were actually in battle with Mariana and Ameria.

This is a complex tale which is elegantly written using incredibly descriptive passages which create detailed visuals of a wonderfully constructed world.
It is a strong action packed emotional read!
I look forward to the rest of the journey the twins have to travel.
Great narration!

this story just transports you into other realms and worlds... the battles and the subterfuge. rivalry among sisters, ancient prophesies. This book kept me on the edge of my seat. The performance by the narrator was really good and helped to bring the story together.

The Land of Kale!

a K.L Bone is a great PNR writer and a awesome story teller. She takes her imagination to a higher level. I love her work and I enjoyed this story. Cassandra Nuss did a beautiful job in her narration.

Two princesses... two titles. The twin princesses are fighting with an unknown entity and probably against one another. They were raised in different temples with so many secrets behind. There is lots of action, romance, a bit of sadness and suspense. I like the world the author has created where power lies on kingdoms and temples.
#AudiobookObsession 🎧