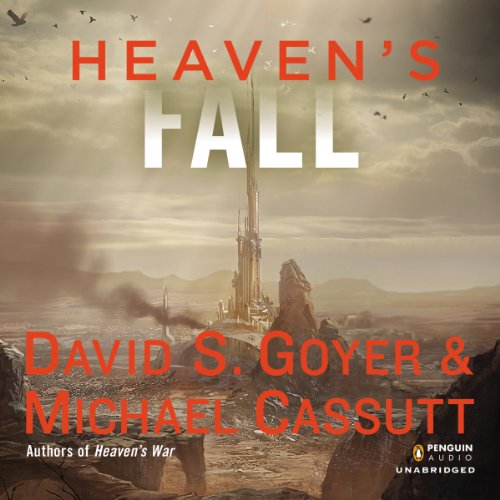 Mankind's first contact with extraterrestrial life led to an incredible revelation. Their last may lead them to extinction.

Twenty years have passed since the mysterious Near-Earth Object nicknamed Keanu appeared in the night sky and transported an assortment of humans from all over Earth into its interior. There they discovered that Keanu was an immense long-range spaceship - and they were not its only inhabitants. They joined forces with the aliens called the Architects, who had come from a distant galaxy to seek help in fighting the vicious Reivers. And they defeated them - or so they thought.

Now Keanu has reestablished contact with Earth - and discovered that the Reivers have, in fact, taken over the planet, placing most of the population under their dominion. A few scattered pockets of humanity, constantly in danger of being assimilated, have mounted a resistance.

As the Reivers prepare a devastating strike against the Architects, Rachel Stewart, who grew up in Keanu, leads a small band of human survivors in an attempt to infiltrate the massive Reiver fortress in the American West. But their only hope for victory may yet be somewhere inside the NEO.

If the men and women still in Keanu cannot find it, humanity will be finished. And the galaxy will be next.

What listeners say about Heaven's Fall

Where does Heaven's Fall rank among all the audiobooks you’ve listened to so far?

Book 2 fell a little flat for me; I rated this one a little higher but it too had some plot elements that you had to say "whatever" and just continue. There are just some elements that are totally unbelievable and unrealistic.

I don't want to throw out any spoilers so I will just say that if you are looking for hard core scifi, realistic scifi, etc., you should keep looking. It has some very cool elements and it will probably make a good movie (which I believe may be on the table - I would watch it) It was enjoyable story telling, I just wished the plot was a bit tighter. I guess there was just some of those "common sense" issues. So when you are reading (or listening) you are thinking to yourself, "okay... but couldn't they have just done this?" Or, "that would never happen that way... etc."

So again, a good story in all actuality, but if you are very nitpickey on plot issues you may want to pass. If you just want an enjoyable story with pretty good character interaction then give it a whirl, you'll probably like it!