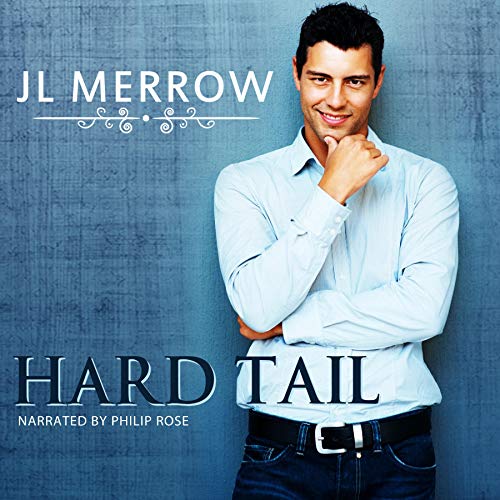 Finding love can be a bumpy ride

With his job and his marriage dead in a ditch, Tim Knight doesn’t take much persuading to leave London for the greener fields of Southampton and look after his injured brother's mountain bike shop. But Tim’s a fish out of water in this brave new world of outdoor sports and technical jargon - not to mention struggling with the realization he can no longer deny his sexuality, at least to himself.

The reason? Matt Berridge, his brother’s bike mechanic. Fit, tanned, and an adorable klutz, Matt takes a tumble the day they meet and falls straight into Tim’s heart. There’s only one problem: Matt’s boyfriend, who Tim’s convinced is abusing him, despite the stories Matt comes up with to explain away the bruises.

A black belt in karate, Tim’s no pushover when it comes to physical confrontation. But he’ll need to step his courage up a gear if he’s ever going to come out, be himself - and save the man he’s coming to love.

What listeners say about Hard Tail

Changes are sometimes good, and sometimes… better
Tim Knight’s life is spiralling out of control: Marriage broken, unemployed and suddenly in charge of brother’s bike’s shop, Tim is still wondering what is going on with his life. His irrepressible attraction to his brother’s employee, sweet and incredibly prone to accidents Matt Berridge is not helping either. And yet… Tim finds himself happier than he’s been in a long time. Maybe it is high time to recognise his life needed some changes, after all…
What a great story! It was at the same time moving and hilarious. Tim’s struggles with his sexuality, his first steps in the gay scene, and his strange relationship with his resident cat really had me laughing out loud many times. And yet, the story is somehow sweet as well.
Philip Rose’s performance brings out the best of the story. His mastery at impersonating different characters with a change of pitch or a different accent turns listening to a good story into an utterly enjoyable experience. I was really sad when it was over!
Hilarious

Adventure and love go together so well

JL Merrow is undoubtedly one of my favorite authors. Her book “Muscling through” is possibly one of my all time favorites. ❤️ But ... you knew there’s a but coming .. right? 😅 I have very mixed feelings about this book. This book is very much JL Merrow but somehow didn’t seem like hers. Let’s crack this review!

Tim is separated with his wife after a stale marriage and now working as a manager for a bike shop for his older brother who’s in the hospital because of an accident. He thought London was his home but he found himself heaving completely charmed with the cozy, slow-paced south Hampton loveliness. And oh, did I forgot to mention that he’s in the closet for his whole life? He thought he could pray the gay away but when the temptation is so close that they literally work together in a shop, Tim found himself very difficult to resist adorably clumsy and beautiful Matt. However Matt has a boyfriend. Our hero Tim believes Matt belongs with him. Now let’s see how this story will unfold.

This is written in the same story sense of muscling through but honestly, the execution fell a bit short. The main issue for me with this book is that the lack of romance. It only happens almost at the end of this book. The whole book is about Tim’s flustered musing and usually I’m all for that but I feel like something was lacking. 😢 I loved the ending and how it was nicely polished but I truly wish there’s more romance in this story. The saving grace for me with this book is the narration of Philip Rose. 🥰 He’s a new to me narrator but I think he did British accent exceptionally well. He also did Tim’s inner musings justice because I found myself chuckling quite often. All in all, if you are looking for a really slow-burn romance with awkward and flustered MCs, I think you should check out this one.

I thought this story was well written. Tim and Matt are sweet and really likable. Though I did like most of the secondary characters, I wasn’t a big fan of the mother.

I loved that it was a slow burn romance and that it wasn’t just about the sexy times. There was a bit of humor especially with Wolverine.

Philip Rose did a great job. There was a slight difference between most of the characters voices making it easy for me to follow along and not get lost is who was speaking.

Even better than I remembered!

I really love JL Merrow. I read this years ago so I was excited to hear the audiobook.

This book is a wonderful as I remembered. I had completely forgotten about Wolverine- I don’t know how because that is one funny cat. Tim is wonderfully clueless and his mom is rude. She clearly favors his brother, Jay, and that annoys me on his behalf. Ugh. And Jay. What a jerk. Okay, okay so I’m a little too invested in Tim’s family. They are just so real.

Amidst the funny and the tragic is a pretty little love story. Like, you could miss it if you blinked and that is awesome. I love that no matter how messy Tim’s family life is, he doesn’t really doubt their love.

The audiobook performance is brilliant! I laughed and guffawed - goodness was that embarrassing. I remember thinking I knew how the characters would sound when I originally read this book. Oh boy, I only got it half right. Philip Rose made me laugh and really, his “Adam” is inspired.

Nice and well written story. the characters are nice and sweet.
The narrator has a good voice.
Sweet love story with happy ending.

Performance: This was a first listen by Philip Rose for me and let me just say, British accent. He executed it perfectly in my opinion. The linguistics, contingency and tones were on point. I could differentiate between the characters, his tone fit the characters (weird, but I think Adam's gruffness was definitely a turn on), and he didn't break between characters. Maybe it's a British thing but he's defiantly a narrator I would listen too in the future.

Story: That's right, if doesn't even have to be a sexy accent at that! Any foreign accent has my attention right off that bat. Any who, Hard Tail by JL Merrow is contemporary mm romance with very little heat but with lots of humor. We're introduced to newly dumped/separated, unemployed Timothy (Tim) Knight, who has been summoned to Southampton so that he can look after his injured brother's mountain bike shop. Simple right? What can go wrong? Well, that comes in the form of Matt Berridge, his brother's bike mechanic, who happens to be gay and a clumsy, something that starts something back up in Tim. Matt makes Tim realize that he can longer deny his sexuality and oh boy are they in for a bumpy ride! Between a mum, who acts like an ungrateful twat, a too carefree older brother and reserved father, Tim has his hands full at the bike shop, add on the tanned, vegan and an adorable klutz, Matt, Tim takes the plunge and finally admits to himself that yes, he is gay and yes he wants Matt (real bad) but the problem: Matt’s boyfriend, Steve. Who Tim’s convinced is abusing him, despite the stories Matt comes up with to explain away the bruises. It'll take courage for Tim to save the man he’s coming to love (awww) and well, that's what his black belt is for!

Overall: Aside from Tim's mom, I really did enjoy Merrow's characters. Tim, who appeared cynical and emotionless in the beginning is really not that bad. He grew on me as the story developed. We learn how his achievements are dismissed and his older brother's semi achievements are praised. Eloquent and somewhat soft spoken, Tim is reserved, shy and definitely suppressed (in his true feelings), and it doesn't help that he's now in the process of divorcing his wife and looking for employment. When Matt is first introduced, I'm smiling right off the bat. I love me a total cute klutz! Any who, we meet Matt, who's the total opposite but is also somewhat shy and reserved, like Tim, but they complement each other so well. Tim, being the care giver and Matt being the one to show new things to Tim, they become closer and closer until the inevitable occurs. Without giving too much away, I do want to say if you're looking for something with 86% sexy time, you won't get it in Hard Tail. Hard Tail is a very very slow burn but not in an angst way, but more in a, "when the hell are they going to f*ck?" kind of way but without you losing interest in the dialogue, because the dialogue is funny (especially Wolverine, the cat). The dialogue keeps you guessing so it kept me going.

All in all, I did wish the story was longer, where we get more of Adam (that gruffness, yum!) or more with Tim's brother and his girlfriend, but less of his mom (LOL). 4.3 Stars for Hard Tail by JL Merrow, narration by Philip Rose. Happy listening all!

A sweet, coming out, slow-burn

Poor Tim with his unsatisfactory London life - moving to the country to look after his brother's bike shop. Enter sweet, clumsy, bike mechanic Matt. Matt brings out the fun side of Tim, enabling him to accept a part of him previously kept hidden.
I enjoyed this story by JL Merrow, the characters were well developed and believable, and the slow-burn romance was realistic and engaging. I loved cat Wolverine - he added some fantastic and well-placed humour!

Narrator Philip Rose did well, he really brought the stiff and proper side of Tim to life especially. I think he could have improved during the more emotional scenes - although Tim didn't seem the type to verbalise his emotions, Matt and other characters didn't sound quite as emotional as they perhaps should have given the scenes.

All in all, a good listen, and I'd certainly consider more by both author and narrator.

Hard Tail is one man's acceptance and exploration of his sexuality after the breakdown of his marriage. It's also funny with a very slow burn relationship. Tim is a 'posh tosser' whose life has fallen apart but the break from his normal life in London gives him a freedom to explore the sexuality he's hidden for so long. The story is written solely in Tim's perspective but through him we discover the clumsy but joyous creature that is Matt. Matt who awakens long buried feelings. Matt who is already in a relationship. The two leads are delightful, especially Matt, whose predicament is painfully obvious to the reader. The secondary characters are excellent: Adam, Matt's best friend, is adorable; Tim's family are great, even the ex wife; and Wolverine is one of the best animal sidekicks ever.
The narrator does a great job.