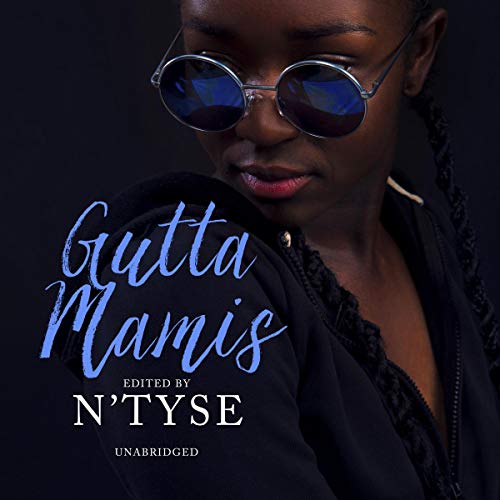 Tandra is a professional cleaner hired by the lords of the city's underbelly to clean crime scenes and eliminate evidence, including eyewitnesses. When her employee has a slip-up and divulges the details of a murder scene, it jeopardizes not only Tandra's life, but the lives of everyone involved.

After beating the rap on a murder charge when the star witness is murdered, Jasmine Turner can now go back to her job as a crook. As the leader of the Get Money Bitches, she and her crew of thuggettes do whatever it takes to get paid, but a problem arises when a member of her crew becomes involved with a mysterious woman.

"The Face of Death" by Brandie Davis

Death comes in many forms, but the most memorable goes by Bobbi. With numerous surgeries performed on her face, beauty is a thing of the past. Bobbi finds herself running the East Coast drug trade handed to her by her husband, but when she falls for a plastic surgeon, a street war between husband and wife ensues.

When a carefully planned lick goes awry, best friends Shinette and Tierra walk away from the scene cold-blooded murderers. Unsettled over the mess they're in, Tierra confides in her boyfriend, hoping it will somehow bring her comfort. Little does she know, it could be the biggest mistake of her life.

What listeners say about Gutta Mamis

The narrator was horrible. I really liked the first book the most. The narrator truly should not narrate.

The first 2 short stories were really good but the last 2 stories were the worst, especially, The Face of Death was just horrible! I have never been so bored with a story like this in my life. Don't waste your time!!!

The stories would have been better if there was a different narrator. She was very monotone and lacked emotion.

Narrator was terrible.... couldn’t bare to listen. Probably was a good book though!! Get a better narrator

I was little disappointed. The stories were really dry. It could have been better.

Painful to listen to!

These books are all horrible I had to force myself to listen to them! It seems like something a middle schooler would write when told to write a short story! I would not recommend these books!

All the short stories were very good. and tbh none of them ended how I expected them which it good cause those unexpected twists are what make a book

This narrator was absolutely horrible. The only story i could even get into was the first one.

Waste of time and money!

I don’t know what’s worse, the horribly written book or the narrator who sounds like she’s retarded. The stories were all horrible! If I could, I’d give this book AND the narrator ZERO stars!

Honestly couldn’t get through the book because the narrator was horrible. Maybe the story was ok but I couldn’t get past the performance.