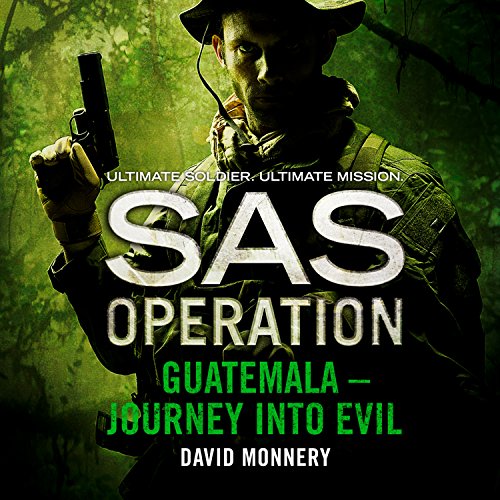 Ultimate soldier. Ultimate mission. But will the SAS locate their target and make it out of the jungle alive?

In the Central American republic of Guatemala, government-sponsored torture and mass murder have reduced the Mayan Indian population to a despairing acquiescence. After 500 years of struggle, it seems as if the conqueror's peace can at last be proclaimed in the capital.

Then a guerrilla leader whom the authorities have long believed dead springs mysteriously back to life. No loyal Guatemalan can identify him, and the government is compelled to seek help elsewhere, from one of the two SAS soldiers who helped mediate a hostage crisis with the guerrilla almost 15 years earlier.

To the government in Whitehall, it appears a straightforward enough exercise, but for the soldier and his comrades the mission soon turns into a nightmare of impossible choices.

The land of Guatemala, magical and cruel by turns, will prove much easier to enter than to escape....

Only shows one side of the whole story

What would have made Guatemala - Journey into Evil better?

it tries to picture the Guatemalan army as the only true villains on a long and cruel war in Guatemala, both sides committed horrible crimes, why try to picture the guerrillas as heroes and good guys, they did a lot of horrible things that are well documented.

What could David Monnery have done to make this a more enjoyable book for you?

if the purpose was to show cruelties on war, it should've shown both sides not just one

I am now a big fan of audio books, especially those by Monnery. Great entertainment.